Core space has funded! The game is now official and with luck will be slamming down onto gaming tables this time next year 🙂

Check out what’s in the boxed game: 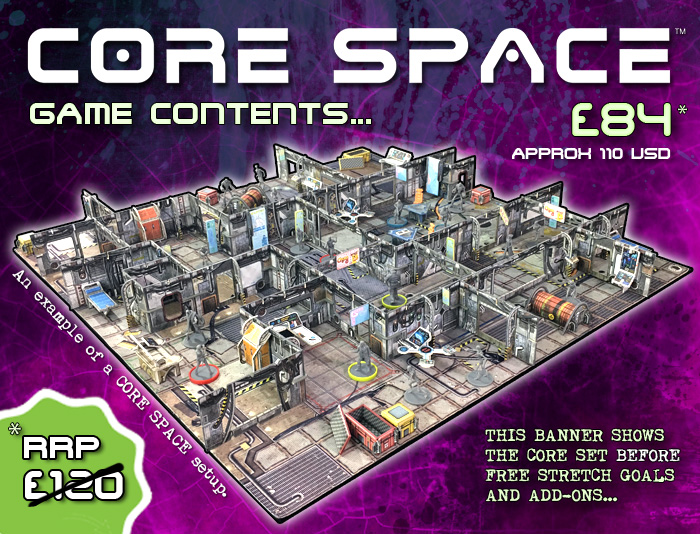 We’ve got just over 24 days to pump out as many free stretch goals and cool add-ons as we can. First add-on up is the OUTBREAK! mission pack. A self contained mission that can be played as a one-off or as part of a campaign that comes with it’s own terrain.

What’s this creepy alien goo? Eugh! It’s got into my shoe!

As for stretch goals we’ve already unlocked Director Zool, he’s now FREE to every backer who took a core pledge. A big cheese in the Galactic Corps his job is to make your life as
difficult as possible.

We’ve got several new characters lined up just waiting to be unlocked along with FREE terrain. 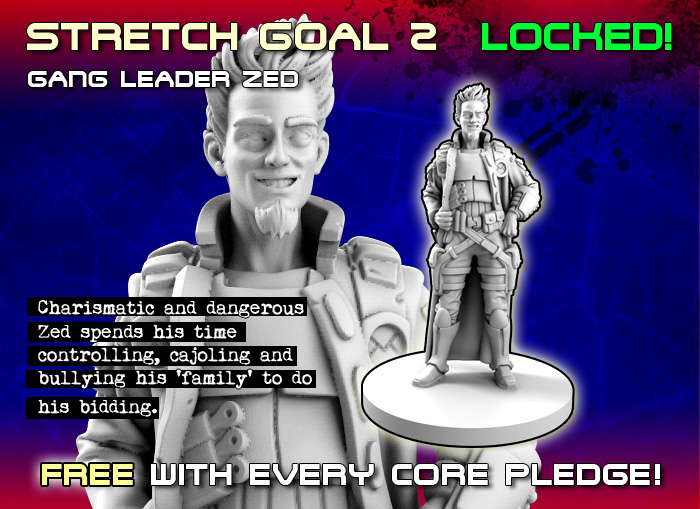 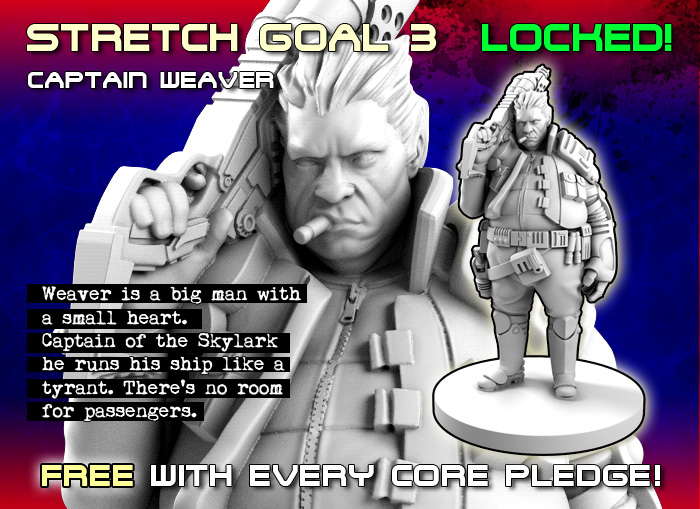 He’s a tough guy with a heart of gold. Except it’s not. 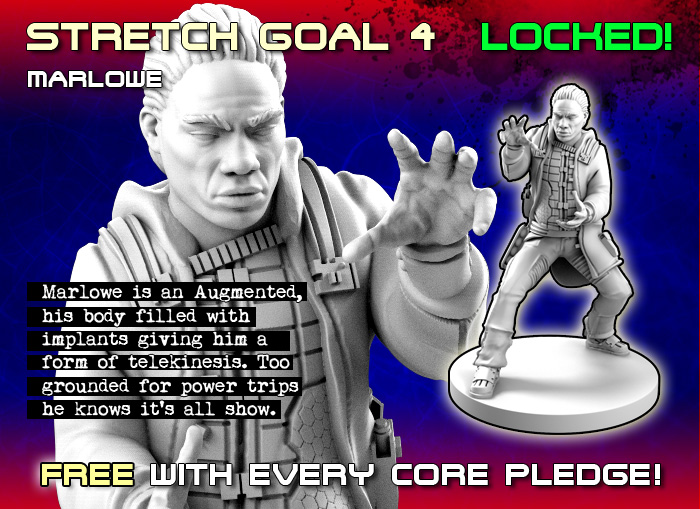 He’s a thinker, not a fighter. He’ll still kick your butt, though.

Speaking of FREE (the capitals are a running joke if you wondered)  😉 we also have bonus minis for our core backers, minis that aren’t in the retail box but will be FREE to our backers, including two criminal gang members, Hobb and Chunk, two Galactic guards, each in a different pose and four harvester Purge, the foot soldiers of the creepy synthetic species out to get you!