Webshop is open! Plus a quick catch up…

Wayne from Battle Systems here, clogging up the interwebs. Wow, has it been 4 months since we posted a new blog? Apologies for that, we find after a Kickstarter campaign that we spend all of our time writing updates on there or on Facebook. I’ll get you up to speed now…

First off: the webshop is open! Goto http://shop.battlesystems.co.uk to snap up our surplus Sci-fi stock.  If this sells well (early indications are that they’re flying out the window) then we will do a new print run including all of the add-ons that are rare or impossible to get hold of. The Infested and Clean Wall packs have already sold out!

We are about 4 weeks from starting the presses for our Fantasy Dungeon terrain. So far we’ve cleaned up the die-cut templates so they’ll be about 50% easier to use than the Sci-fi terrain (which was still user friendly). By that we mean you’ll have far less tidying up to do (taking a scalpel to bits that need it). This is all from direct feedback from our backers. 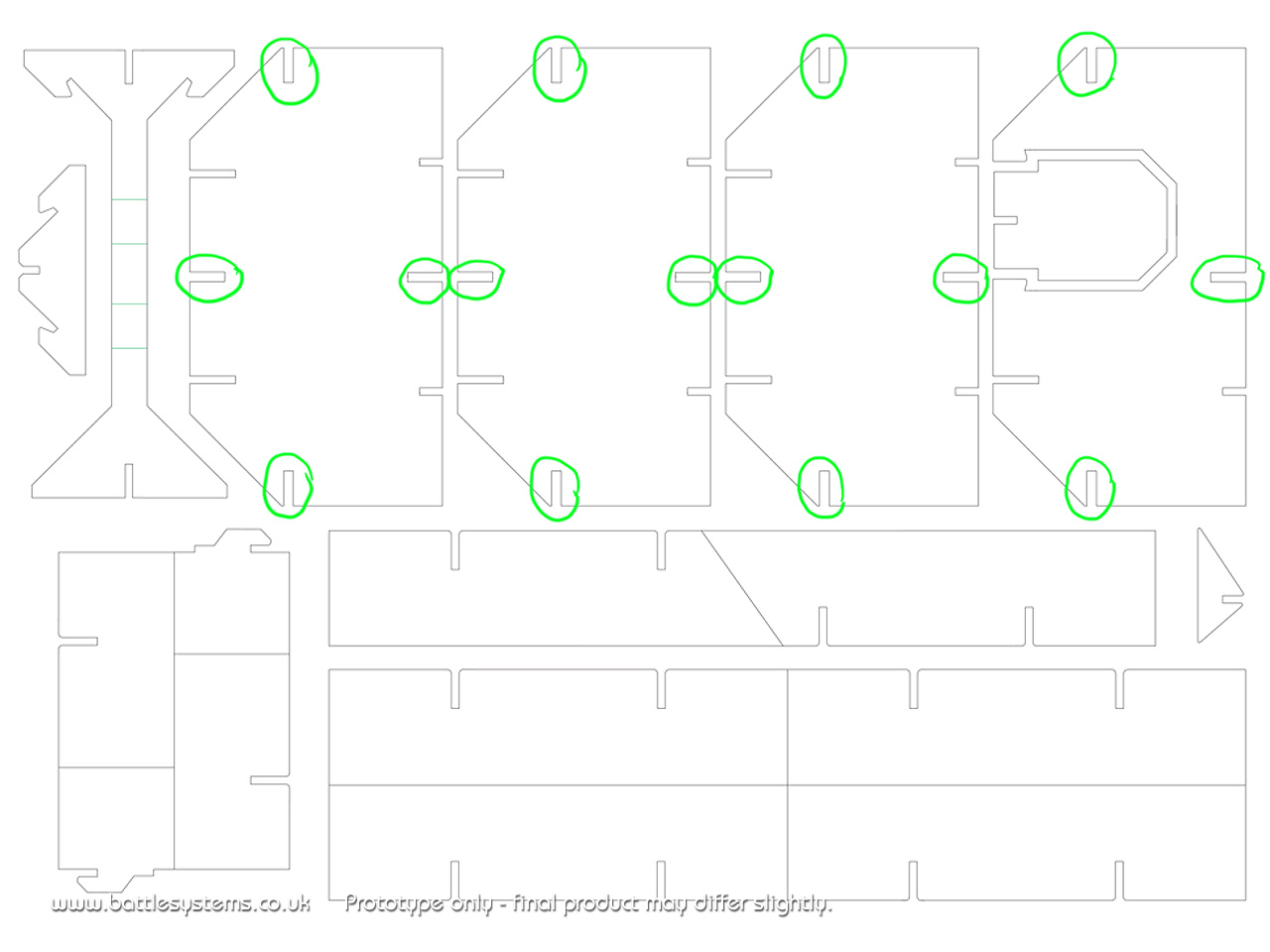 We’re now cleaning up the artwork for the printed sheets, Colin’s done a bang up job with the artwork, not to mention squeezing in loads of extras (there’s a whole blog’s worth on that alone but take a look at the Sci-fi Dimension Gate, everyone who ordered the d-gate during the Fantasy KS gets the Sci-fi one thrown in free!) 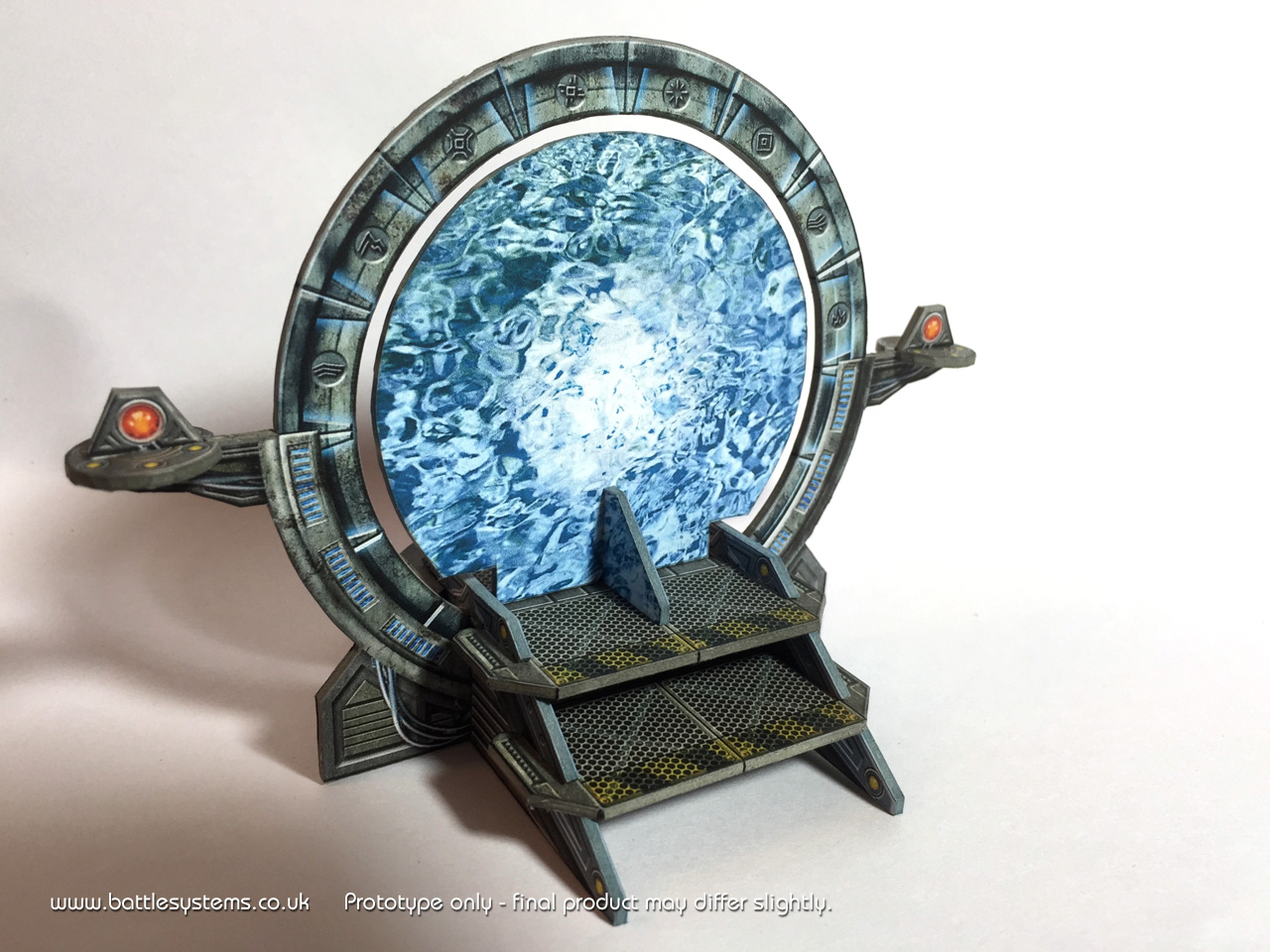 It’s the ancient portal with some retro future technology (or something). 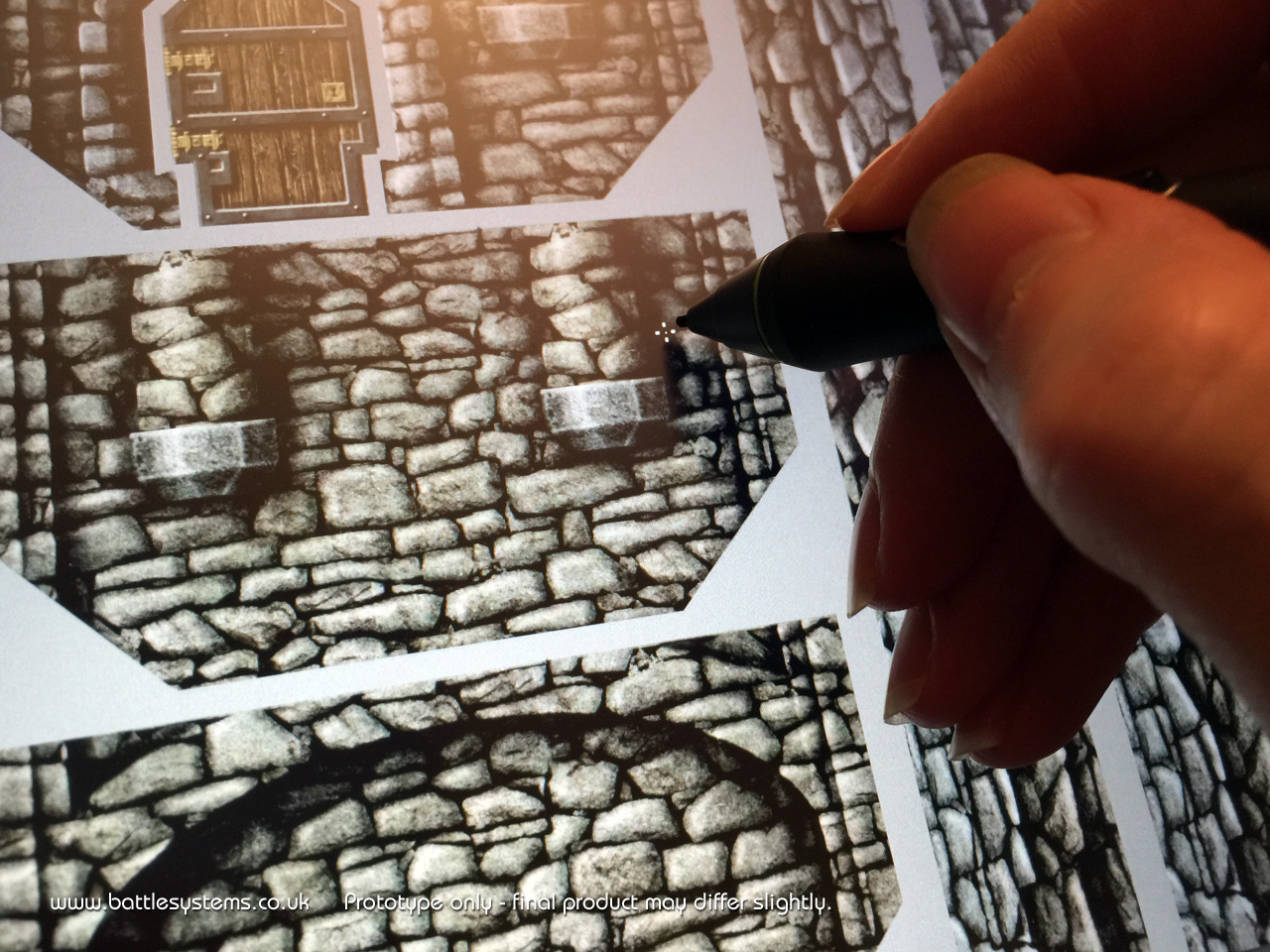 Then it’s off to the printers for sample prints, then much rubbing of chins as we decide if it’s up to scratch or not (if not, back it goes).

Over the Christmas holidays we had a couple of good games using the terrain and some home grown rules (both reported with exhausting detail on the Fantasy Dungeon updates). 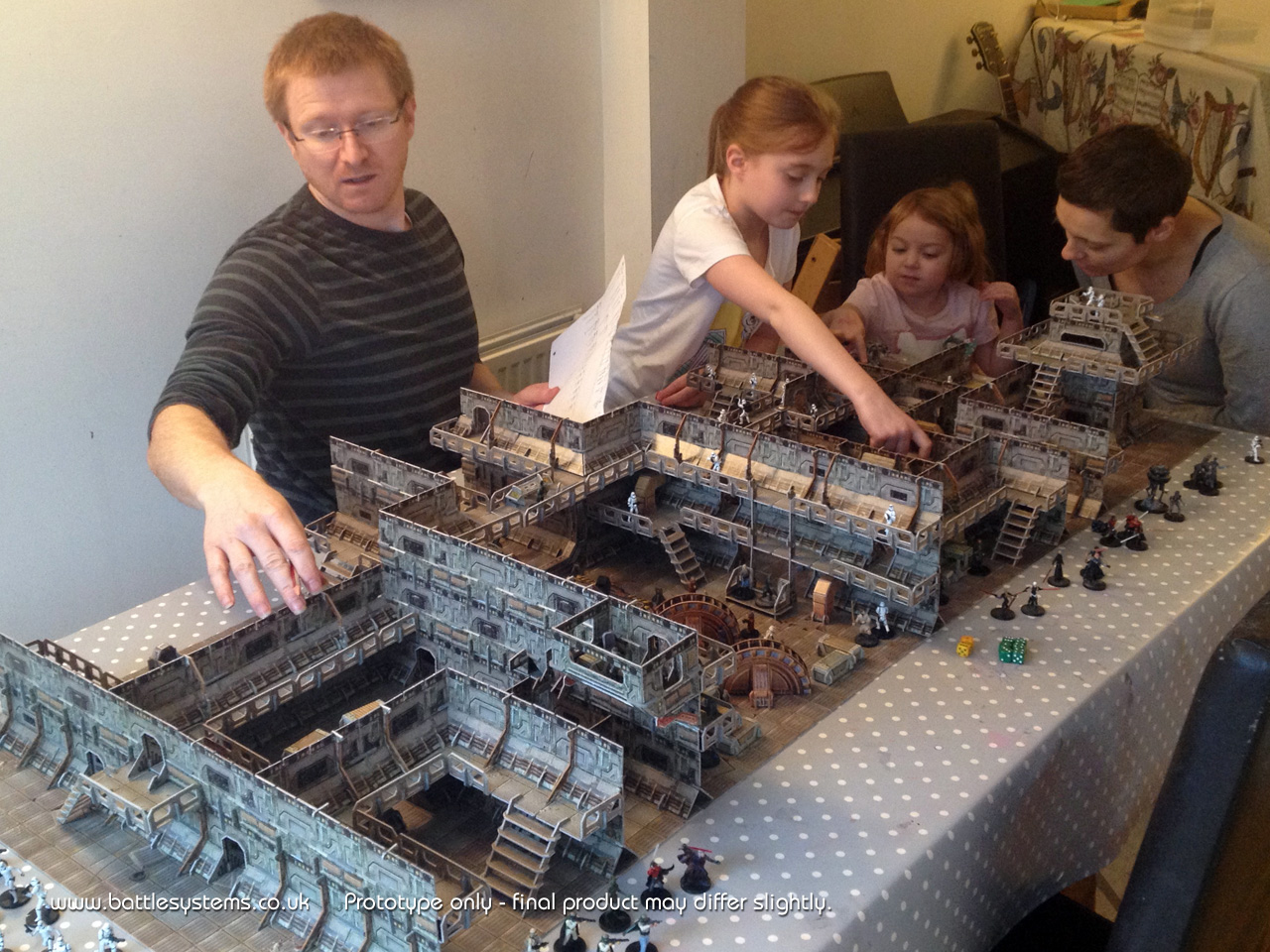 Fun for all the family 🙂 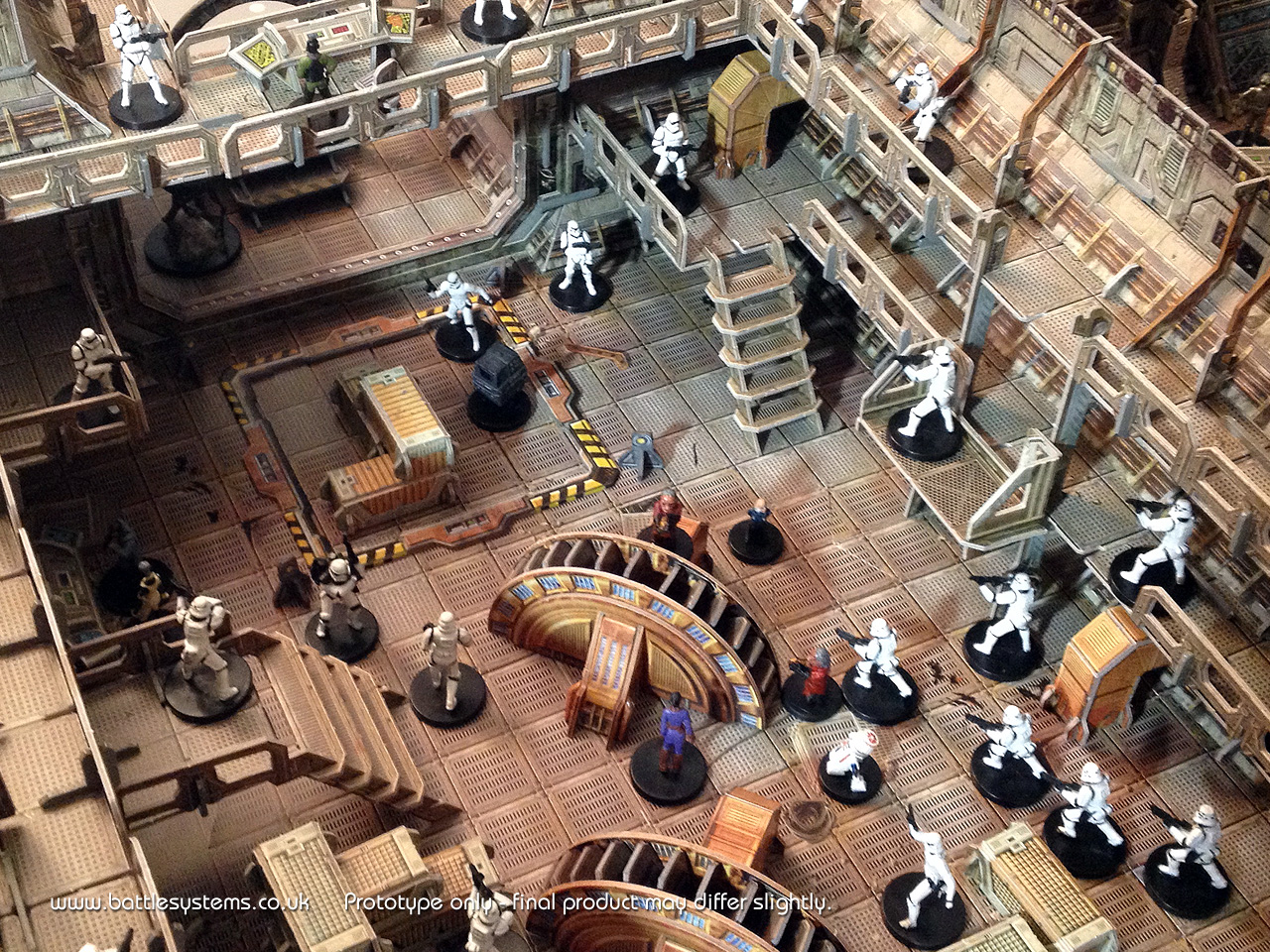 That’s a lot of troopers. Lucky their aim is off!

Remember, you don’t need to be a Kickstarter backer to read our updates nor use Facebook to read our Facebook page, both are open to everyone.

Pencilled in with a blue pencil (easily erased!) is August 2015 for our third Kickstarter. It’s a doozy and it kills me that I can’t tell you what it is just yet. Colin would snap my (blue) pencils 🙂

If you want to stay up to date with our latest developments just click here to subscribe to our newsletter or email us at info@battlesystems.co.uk and type ‘news’ into the subject line.

Note: If you think you’ve not been getting email updates it may be because Comcast has been blocking us as spam!