We’re very pleased to announce that our Sci-fi II Kickstarter terrain is now available directly from our webshop 🙂 http://shop.battlesystems.co.uk/sci-fi-terrain-10-c.asp

Nearly all of the items from the Kickstarter are available so if you missed the campaign due to a poor alignment of the planets or are missing a precious item due to your dog eating your wallet you can now jump in and feast on the cardboardy goodness! No need to push and shove or use those specially sharpened elbows we’ve plenty of stock for everyone 🙂 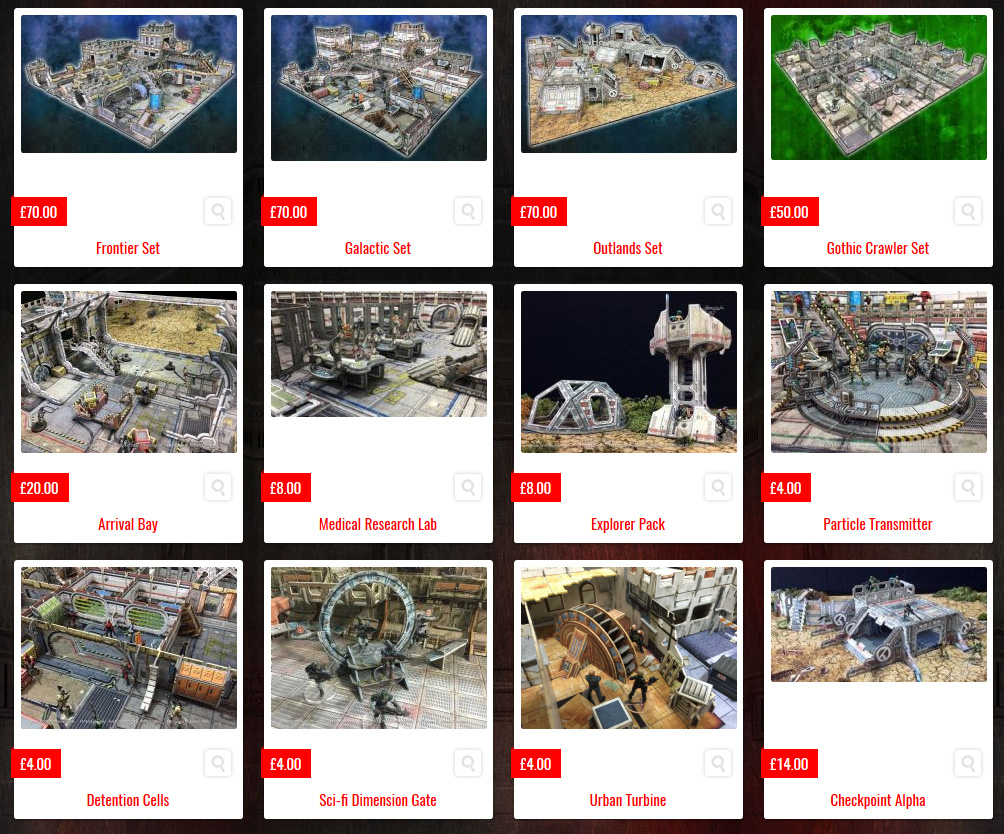 We also have three Urban Apocalypse items that were previously only available with the core sets: Street items, Furniture and Shanty Accessories http://shop.battlesystems.co.uk/urban-apocalypse-terrain-8-c.asp

Each gives you a tonne of cool war-torn scatter, they’ll shabby up your terrain a treat! 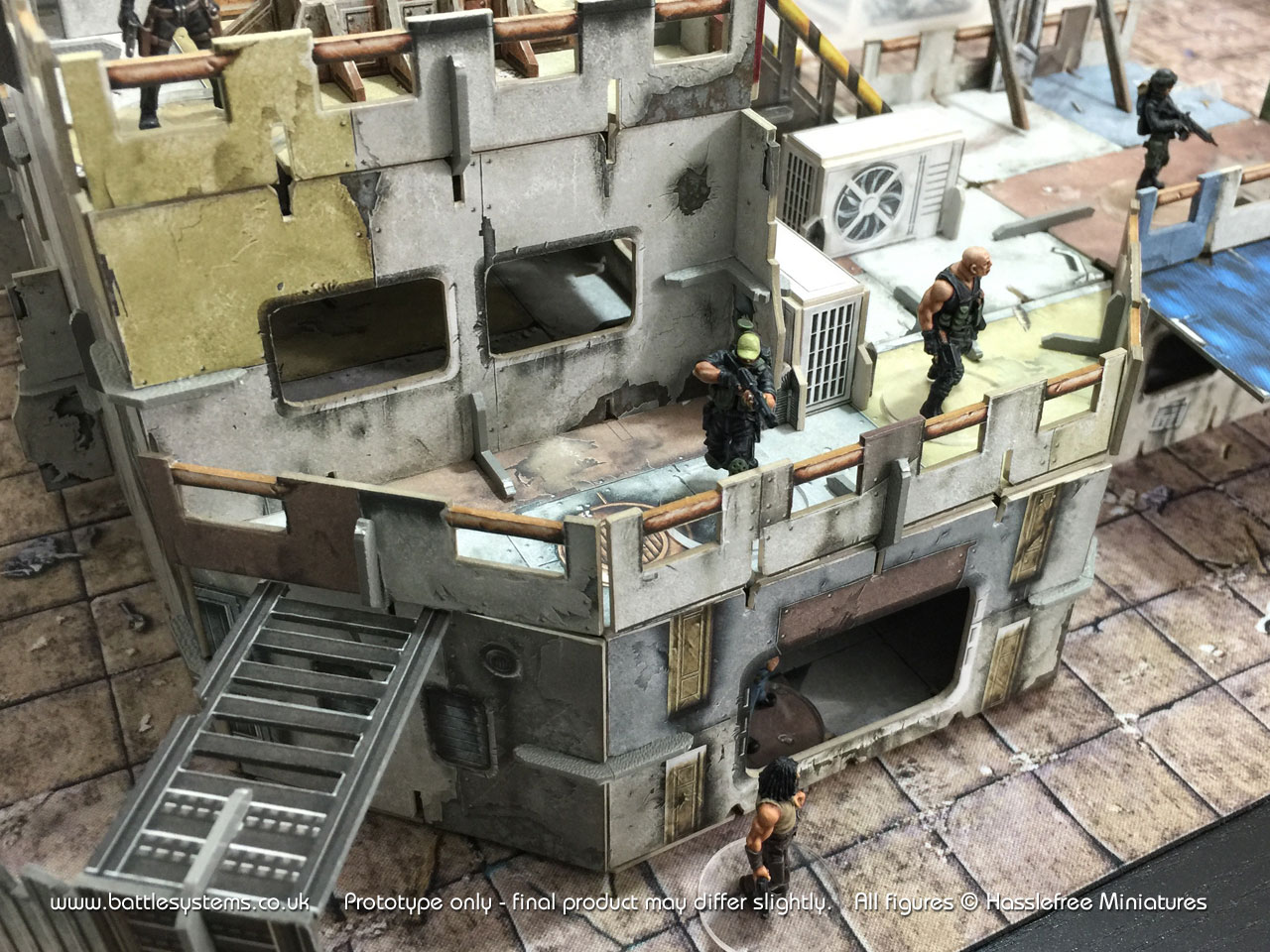 As you may know we’ve been working on a full game for our next Kickstarter. We’ve kept it close to our chest during development but we can now confirm the following; it will be a Sci-fi tabletop skirmisher with miniatures, card terrain, dice, cards, a game mat, the lot. The core pledge will be a complete game in itself with a load of cool expansions available.

The game is set in the same universe as our Sci-fi II terrain and will be compatible with our previous terrain, especially Sci-fi II, so if you want to mix and match or expand on the game you can. The new terrain has a more run down cyberpunk feel ideal for rain washed streets on alien worlds or derelict hulks in deep space.

Set in the fringes of Human space your heroes will need to learn how to adapt and survive, allocate resources, plan campaigns and team up with other players when needed – being handy with a gun is only part of the game. 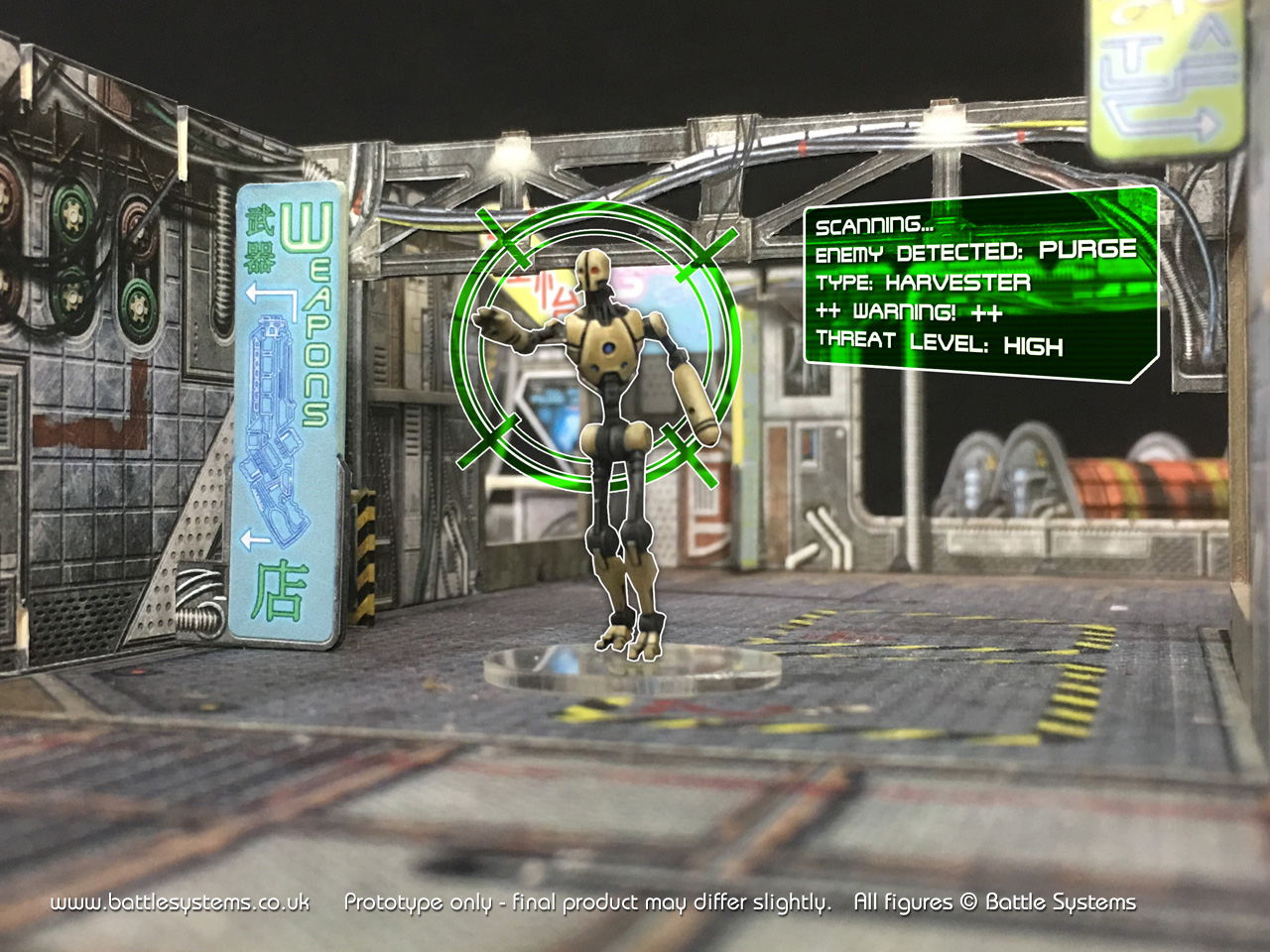 Anyway, here’s a pic to whet your appetite, this is one of the Purge, a species of machine that wants nothing more than to break you down into useful components! We’ll let you know more about the game in later updates. In the meantime…

We’ve been doing closed beta testing with our prototype for a while now and want to widen our test audience; that means we’re inviting you good folks to join in. If you’re within travelling distance to Redditch in the West Midlands, UK, and are available in October we’d like you to join us, to either play the game or just spectate. The specific date(s) and venue will depend on the numbers attending.

So the plan is:

If this sounds like something you’re keen to attend then email us at info@battlesystems.co.uk

We’ll get back to you with specific dates so you can confirm your attendance.