Shift Change at MegaCorp is one of two new expansions for Core Space, our sci-fi miniatures game, and is available to pre-order now. Read on to find out more, and check out our blog on the other expansion, Rogue Purge. 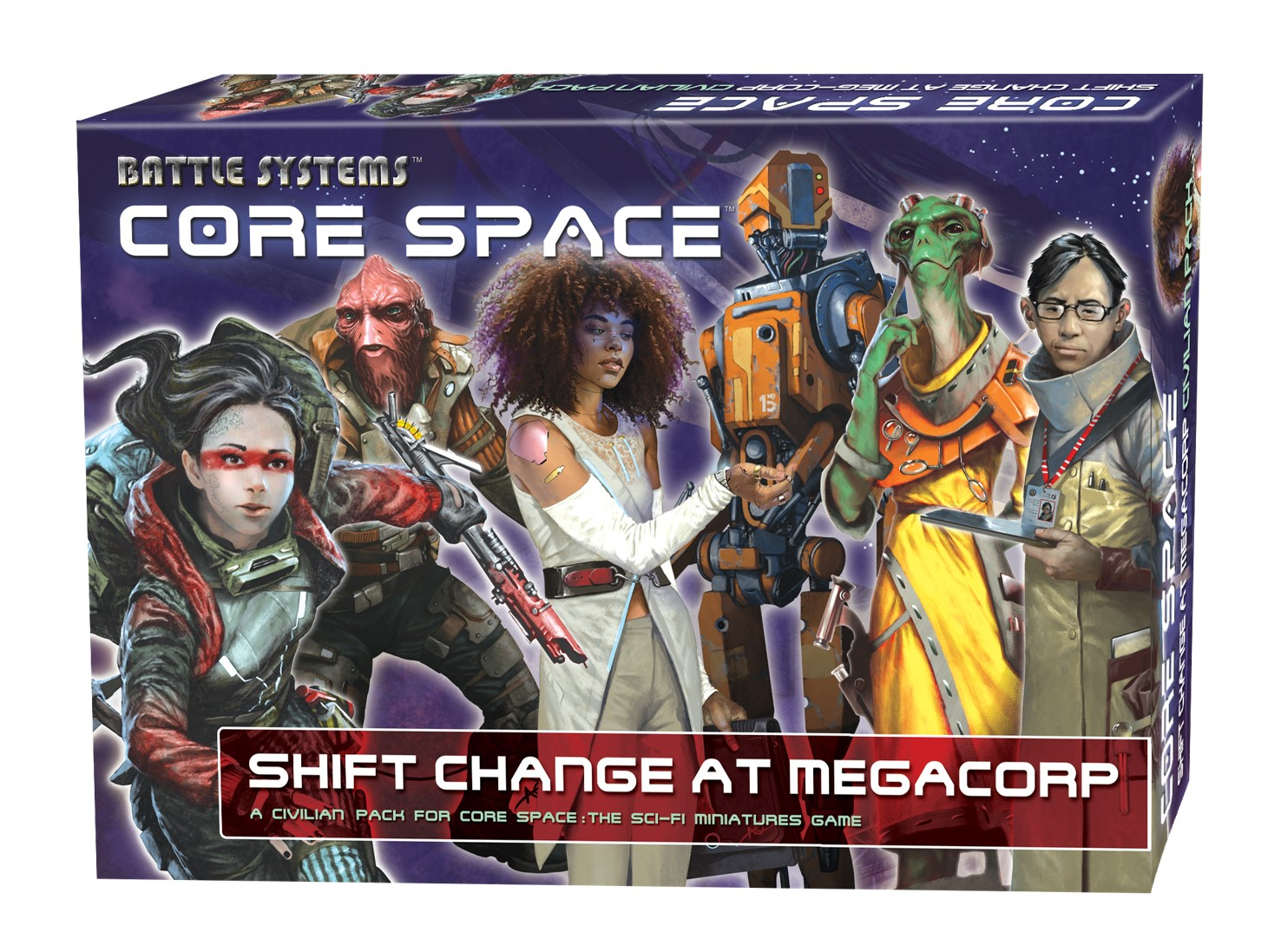 Shift Change at MegaCorp is a civilian pack that adds two new NPC types to the game. Workers will try to go about their business despite your interruptions, calling security and locking down their offices. Scavengers on the other hand are your direct competition, trying to loot the area before you can, and they can also be hired as Traders!

Like all Core Space expansions, not only can you use these new rules and minis in the missions in the box, but they can be integrated into your regular games too. You can add them to standalone missions, to the Perseus Arm campaign in the rulebook, or to your own custom scenarios.

The primary goal with this set was to add characters that act out the subplots in your story – the supporting cast that make Core Space real and immersive. We wanted to move away from the standard NPC mechanics – these characters won’t always directly relate to your objective but will cause you all manner of trouble if you ignore them. Say your objective is to break into a corporate facility and steal some research. Well what if we add some twists to that story? The office worker who spots you and raises the alarm, locking you in a room in their panic. The opportunist who takes advantage of your disturbance to sneak into the same facility and rob the place. These are the stories that can be found in this box. Let’s find out what else you get inside:

Shift Change comes with six new miniatures; every one of them a unique sculpt. Unlike previous expansions these minis are in highly-detailed resin. This does mean they’ll need some assembly with superglue, but they are some of the best minis we’ve made! We’ll have photos of the resins to show off very soon – the first samples are in the post. 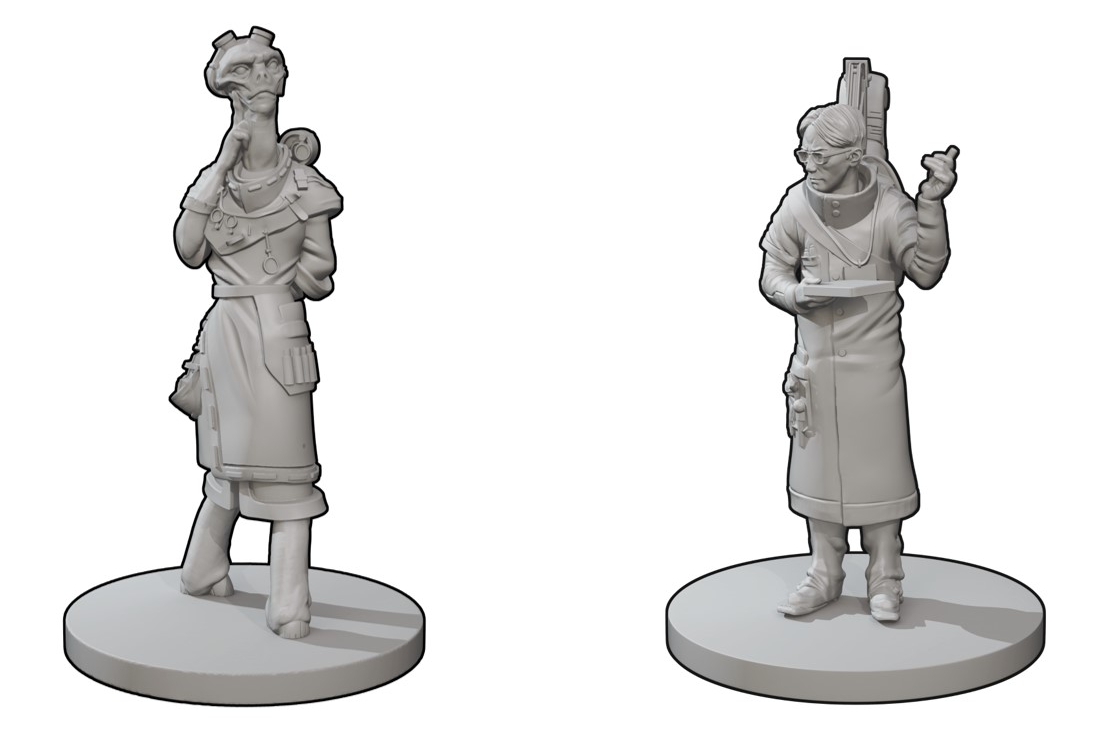 Famed for his work in neurobiology and cybernetics Tsukamoto is much sought after. Eschewing a cushy teaching job or a lecturing tour he prefers to work on the very fringes of his field, even if those fringes are clearly illegal or morally dubious… 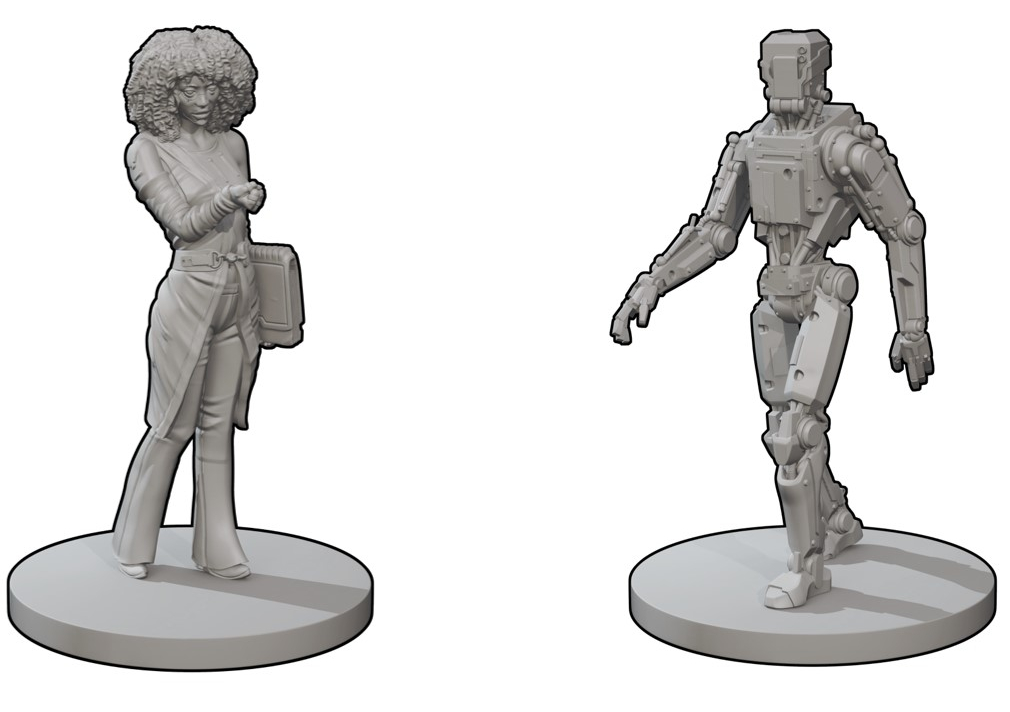 These four are the Workers. Much of the general population has long been evacuated from anywhere remotely close to the Barrens, but the big corporations have money to make so many of their employees are still in place (whether they want to be or not!).

Workers are a new type of Civilian with new options for their activations. They can lock down rooms, sealing crates and locking you out of their computer systems. They can make a run for it, locking doors behind them. They can even call corporate security on you! These subtle abilities can really mess up your plans – blocking your escape routes and obstructing your objectives – so be sure to have a plan B… and C!

In some missions they will also carry out additional actions representing the work they are doing. This could be advancing trade negotiations and putting a time limit on your mission, or it could be experimenting on a deadly virus and unleashing an infection. The options are endless and show how these characters can add to the game’s narrative. 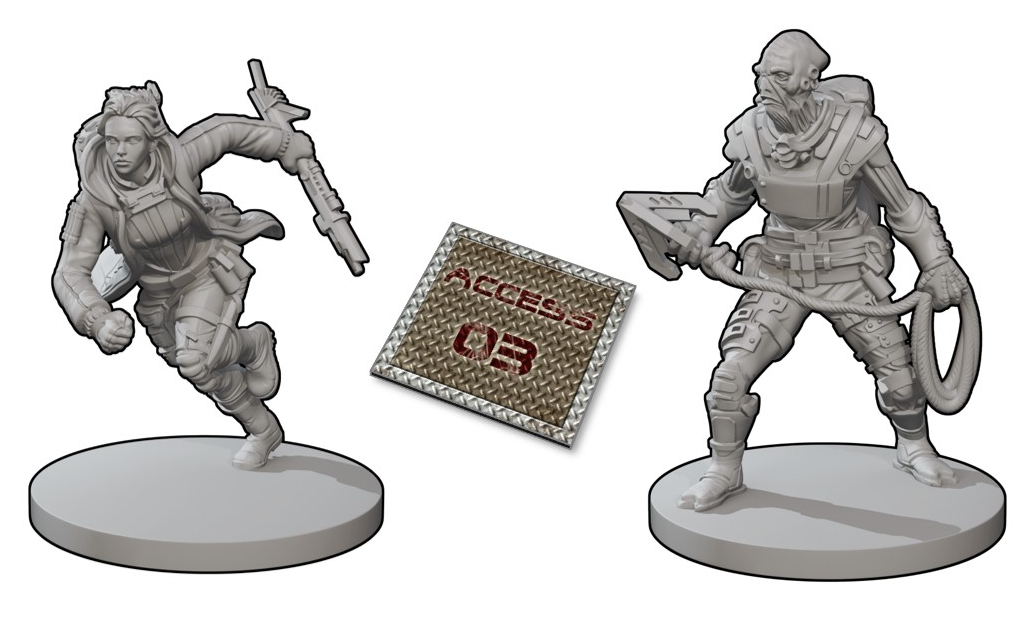 Molly and Salazar with one of the new Hatch counters

These two are the Scavengers, largely non-combative NPCs with a brand-new action chart. Their main goal is to steal as much as they can from around the board and escape with it. It doesn’t help that that’s often your Traders’ goal too!

When Scavengers activate they will move towards the nearest item that’s not nailed down and take it. When their backpack is full they will retreat to stash their loot before returning for more. To make it even harder to stop them, these highly-skilled characters can move around in the air vents, and if confronted will set off Flashbombs to make a quick exit.

Like the Workers, Scavengers often add time pressure to your games. You can’t wait around for the right moment to move forward or your objective might not be there any more!

This pack contains twice as much card as a regular crew pack. To start with, all six characters come with a double-sided character board. The Workers can be used as regular Civilians (or even as criminal Gangers when using the Anarchy in the Galaxy rules from Dangerous Days). The Scavengers on the other hand can be used as playable Traders, hired to work for your crew.

You will also get six new Worker and Scavenger-themed Class boards. These use the new Vocational Skill table (see below) and can be used for any Trader in your crew.

If that wasn’t enough you’ll get over 50 new equipment tokens, many of them the new half-sized “nano” tokens. These are pricey for your Traders to buy, but are well worth it to save space in your pack for valuable loot! Here are some examples of the new kit:

Finally, there are some new counters and tokens on the card sheet. You’ll get Hatches, representing the entry and exit points for Scavengers, and Fire/Poison tokens used for some of the new weapons!

Like the boards above, the rulebook in this set is also twice the size of a crew book. The first half will provide all the rules you need to add Workers and Scavengers to your games, and at the end of the book you will find the new Skill table. The new skills are Worker/Scavenger themed and are a little different to the ones you’re used to. Many of them can be used between games, giving you crucial advantages in the Extraction, Advancement, Trade and Maintenance Phases, such as discounts on purchases, avoiding ship damage, or even training other crew members.

The second half of the book contains three new missions to play through with your Trader crew that will introduce some new challenges and objectives. These missions heavily feature the new Workers and Scavengers. You can play the missions co-operatively, competitively or solo, and they can be easily added into existing campaigns as ‘side-quests’.

The final component of the expansion is a set of Event Cards that can be shuffled into your deck when you want to use the new NPCs. For example, You Had One Job will make all the Workers continue working, advancing the mission’s narrative. Multipass is a new Assistance card that gives your crew temporary access to the area’s security protocols, whereas Big Score adds a new rare item to the board as a prize target for local Scavengers! 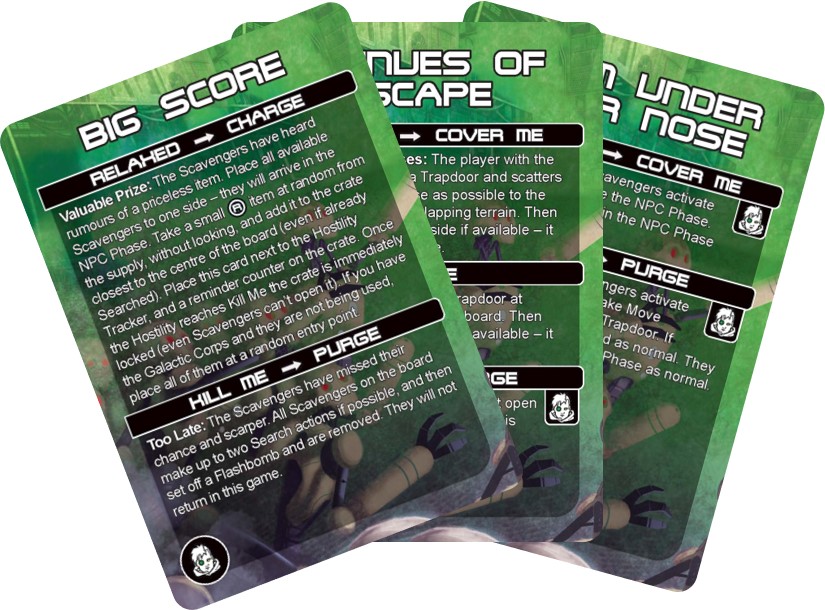 Shift Change at MegaCorp is up for pre-order on our site right now, and is also available from some of our stockists! If your local store doesn’t stock Battle Systems yet, why not? Ask them to get in touch and we’ll sort them out with some stock including free demo sets to get some gaming going in-store.

Drop any comments or questions below. Until next time, happy Easter and happy gaming!