The Core Space game comes with two crews – the Black Maria and the Ion Hope. Of course the universe is huge and we don’t expect you to travel through it with the same four Traders forever – you’ll want to recruit some new faces along the way, or maybe desert your ship and start a whole new crew!

This week the crews of the Cygnus and Yamato are arriving, along with the Dashboard Booster for larger games. Each set adds four new characters that can be mixed and matched as you wish to create the perfect Trader crew. You’ll also get a Ship Board, Class Boards, new Event Cards, Equipment Tokens and a Mission Briefing included in the box.

Let’s find out a bit more about the Traders.

Crew of the Cygnus

Led by Captain Sondar, the crew includes the massive Chit, the augmented Satiene and the veteran Hunter. 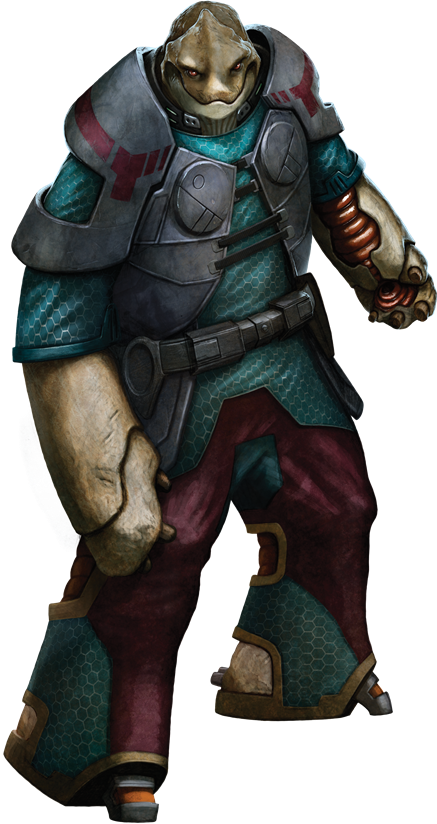 Chit has been on the crew of several Trader ships in the last few years. Benign, but large enough to intimidate troublemakers, Chit is nonetheless highly intelligent, and enjoys the life of a trader, making no plans beyond the next few days. He lives life in the moment, never afraid to try something new. 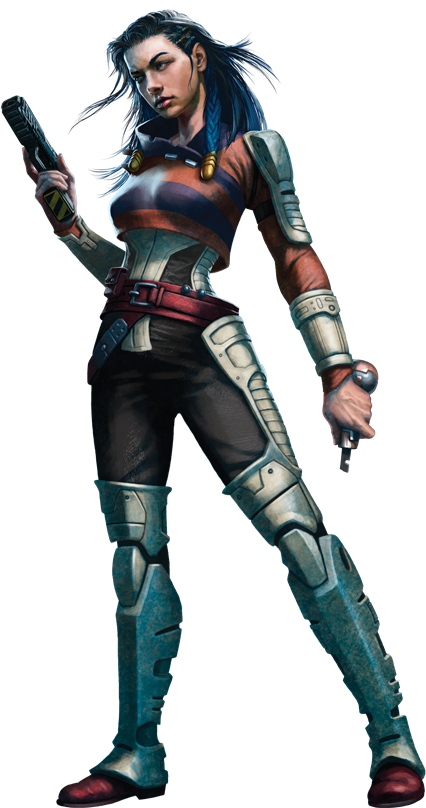 Satiene is an example of how power and privilege can corrupt. As a child she was spoiled, devious and manipulative, and she has become more so with adulthood. She uses guile, seduction and outright threats to get what she wants, and is a ferocious and unnecessarily cruel fighter.

More art and character bios can be found in the Deluxe Rulebook as well as in the Crew Box. The Cygnus Crew also includes Class Boards such as the powerful Augmented class for Satiene, and valuable equipment like the Bio-Tag Rifle and Teleport Grenade. 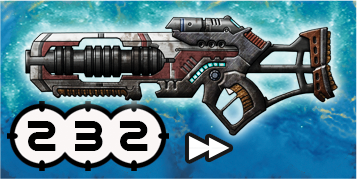 Bio-Tag Rifle – the icon allows it to take multiple shots at once!

Crew of the Yamato

Led by Captain Weis, the crew includes the rebellious Alecia, the fearsome Brutus and his handler Ellen. 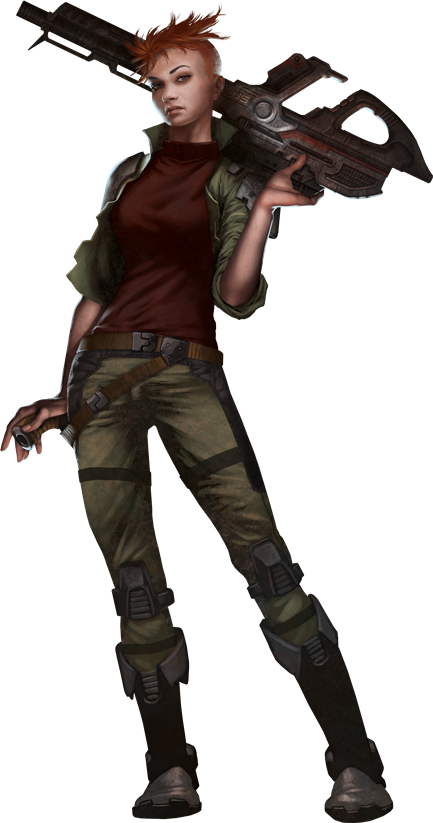 Alecia was fast heading for trouble. Loud mouthed and scornful of authority as a child she passed from one institution to another before being dumped out in the cold on her sixteenth birthday. She moved from one gang to another trying to find a family but soon realised that she wasn’t cold or hard enough for that life. Brutality was common and criminality expected; but by then she had nowhere else to go. 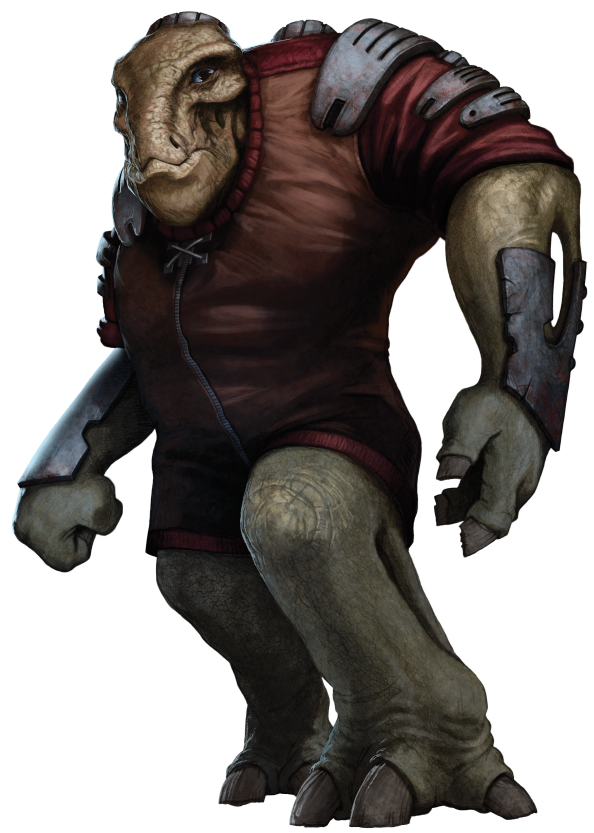 Brutus is a large and powerful being from a species known as the Merg. He has an intelligence on par with a higher primate and is able to articulate his thoughts and feelings in a fashion, but on the whole keeps his own counsel. Mentally he is like a child who needs comfort and security, but will fly into a destructive rage if handled poorly.

More art and character bios can be found in the Deluxe Rulebook as well as in the Crew Box. The Yamato Crew also includes Class Boards such as the unique Merg class for Brutus not found anywhere else, and valuable equipment like the Empathic Cuffs and Brutus’ Storm Bracers. 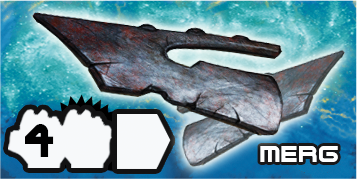 We’ve filmed a short video to show you what you get in each Crew Box – you can check it out HERE.

Also available now are the Dashboard Boosters. You get two sets of Dashboards in the starter set but you will need one set per crew, so if you’ve purchased some additional crews and are aiming to play games with three or more players you’ll need to pick up some extras. Each box contains four dashboards and enough pegs (with spares) for all the Traders. 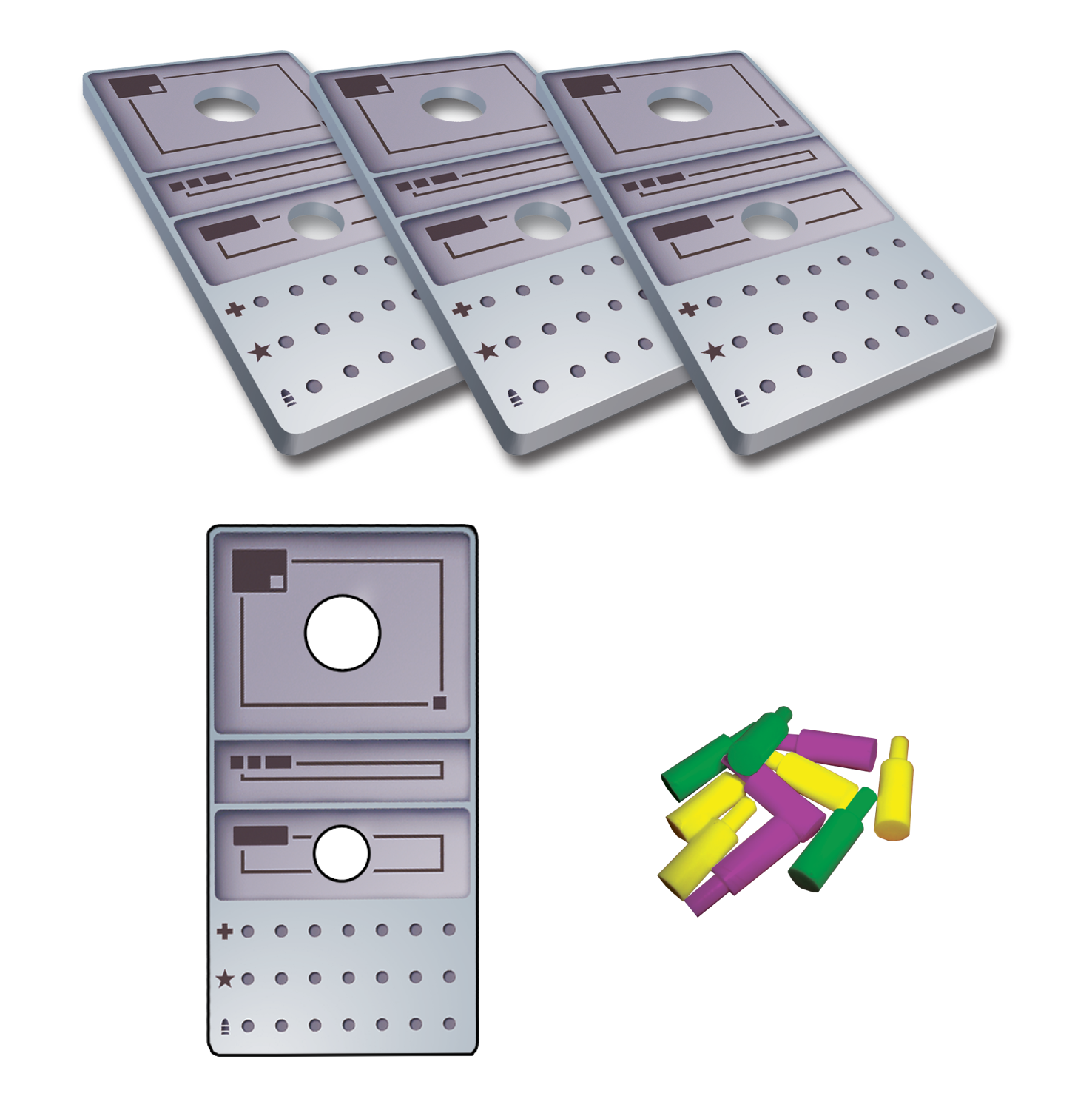 That’s it for now. Until next time, happy gaming!