This was our first show as Battle Systems and we weren’t too sure if it was right for us as it was primarily an historic wargames venue and we’re very much sci-fi. However, the response was tremendous and the crowds were very supportive and the organisers helpful and friendly. Opposite us were Mantic Games who were very positive about our display and to our right were Malifaux playing demo games. The vibe was positive and hummed with good natured geekiness. We had a great time. 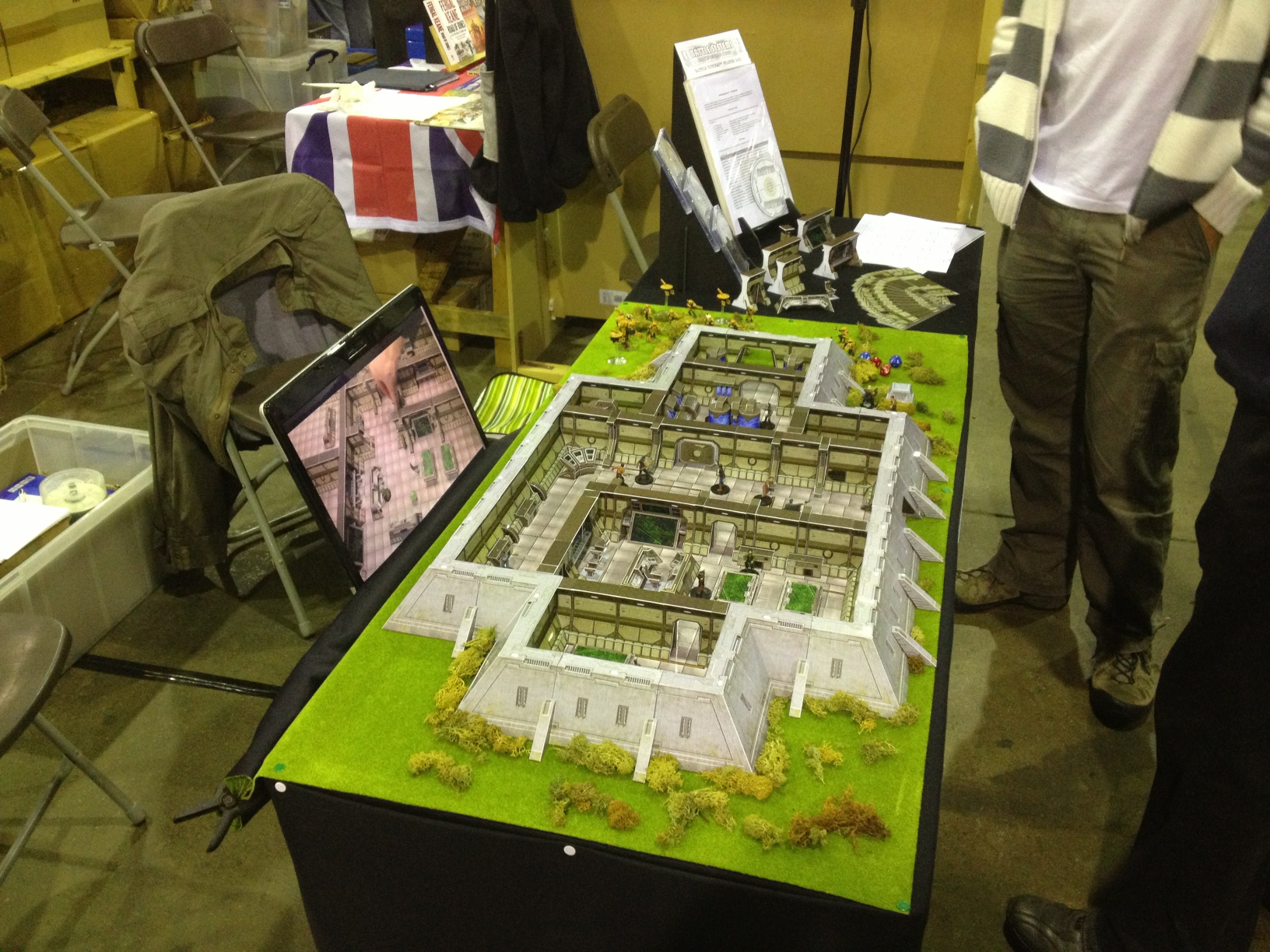 Our small but perfectly formed setup stirred a lot of interest.

The venue was in a spacious warehouse known as Castle Donington International Exhibition Centre next to the Donington race track (in fact you could hear the cars zooming around outside making it sound like an arcade from my youth) with a footfall of over 4000 (possibly). Nearly half the hall was tournament games and the rest was packed with historic wargaming merchandise, demo displays, historical dress and a fair amount of fantasy and future war stuff.

Overall, it was a good first outing for us, not too large but large enough to get some networking done, talk to a lot of people and make a healthy number of sales. We’ll definitely come back next year and are considering the Birmingham UK Games Expo in May, Hammerhead 2013 in February and of course Salute in April. Feel free to let us know of any other events in 2013.