Mission Monday has arrived again! In case you missed the last one, Mission Mondays are where we will be releasing brand new narrative missions for Core Space to download for free.

Mission Mondays will return on a regular basis. To stay up to date with the latest game content makes sure you subscribe to this blog (link in the bottom right corner) and sign up to our newsletter HERE.

This time we’re going to highlight one of the key features of the Deluxe Rulebook – the guidelines for designing your own missions!

As well as taking you step-by-step through designing your own scenarios for the game, the book also includes some pre-generated maps that can be used as a starting point. For this mission we’ve taken example map no. 5 from page 65 and assigned a narrative to it. 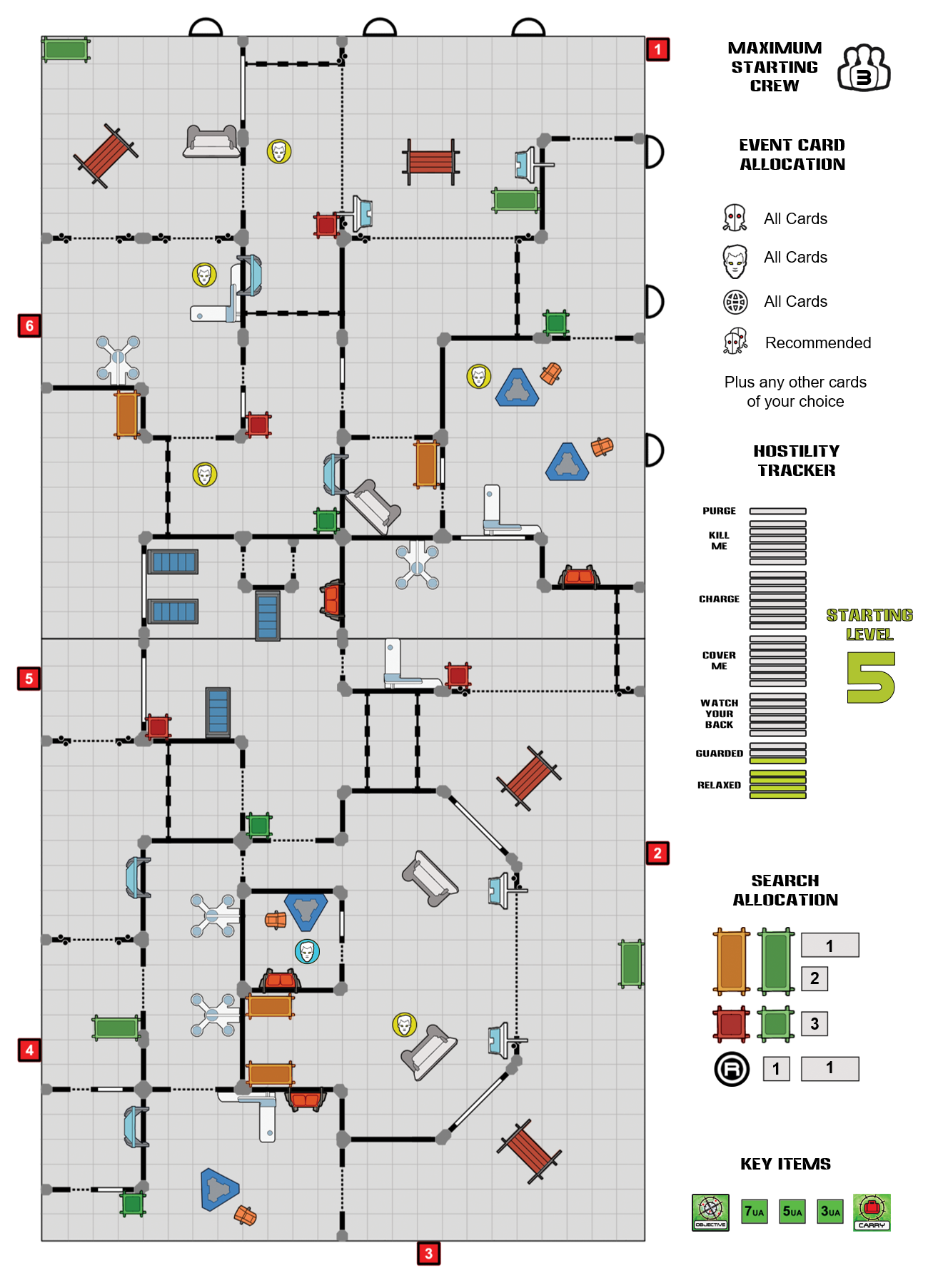 The large room in the bottom half of the map is crying out to be a focal point of the mission so we decided that getting there would be part of the objective. There are also some Civilians in that big office at the start of the game that could be related to our traders’ goal. The map doesn’t feel like a ship to me, but does make sense as an office complex. With these ideas as a starting point we need to fit a narrative around them, and where better to find a story than the real world! We took a topical theme and ran with it.

So, in this mission the Traders must infiltrate an office building belonging to one of the biggest tech corporations in the sector. There are rumours that the CEO has been dabbling in new AI technology, but not all is above board… The GCC believe that the massive amount of data required to run this new system is being harvested from unwitting civilians; reviewing their personal calls, private messages and social media without their consent. The GCC do not have the political clout to investigate without proof, but Trader crews have no such concerns! 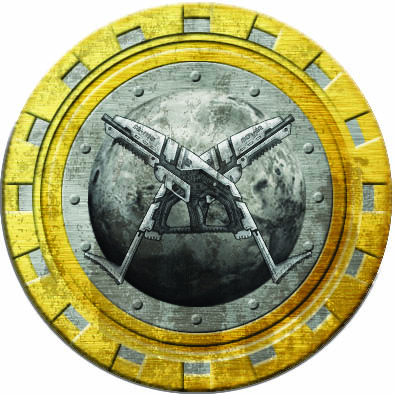 Florence is the Trader term for Universal Assets (UA), Galactic Credits or indeed any form of currency. It is a slang word  derived from the term cashflow, leading to the well-known Trader phrase, “to go with the ‘Flo”, in other words to always follow the money. Many Trader captains carry old coins in a superstitious belief that it will help them navigate the dangers of Core Space.

With the story in place, the rest was easy. The rules for the CEO were added using standard rules from the book – Interacting with terrain and Moving Objects – and the tech prototypes and lack of weaponry were added for a bit of flavour. Seeing as weapons make up the majority of the token pool, removing them from the equation will make this mission far more interesting – there’s a chance to pick up some kit that would be otherwise hard to find, but you need to be tooled up with weapons in advance if you want to survive!

The final step was balance and fairness, hence the Secure Facility rule. This was added to give the Traders a chance to get to the CEO before the Purge did – it wouldn’t be much fun otherwise!

This mission uses two sets of terrain, so you will need an additional Cyberpunk Core Set. You’ll also need an additional crew (any will do) to use as Civilians. Don’t forget that with 4-6 crews in play you should add two pegs to the Hostility Tracker each round, and we recommend that you use the Purge Reinforcements pack too.