Mission Monday has arrived again! Just because we’re in the middle of a Fantasy Terrain Kickstarter, it doesn’t mean Core Space gets forgotten! In case you missed the last one, Mission Mondays are where we will be releasing brand new narrative missions for Core Space to download for free.

Mission Mondays will return on a regular basis. To stay up to date with the latest game content makes sure you subscribe to this blog (link in the bottom right corner) and sign up to our newsletter HERE.

Just like last time, this mission takes one of the pre-made maps from the Deluxe Rulebook and adds a narrative to it. This mission also features the latest releases:

I liked the idea of having spawn points in the middle of the map, which inspired a story about a planet already overrun with the Purge, and from there I decided that the story’s focus would be the Purge Mother: 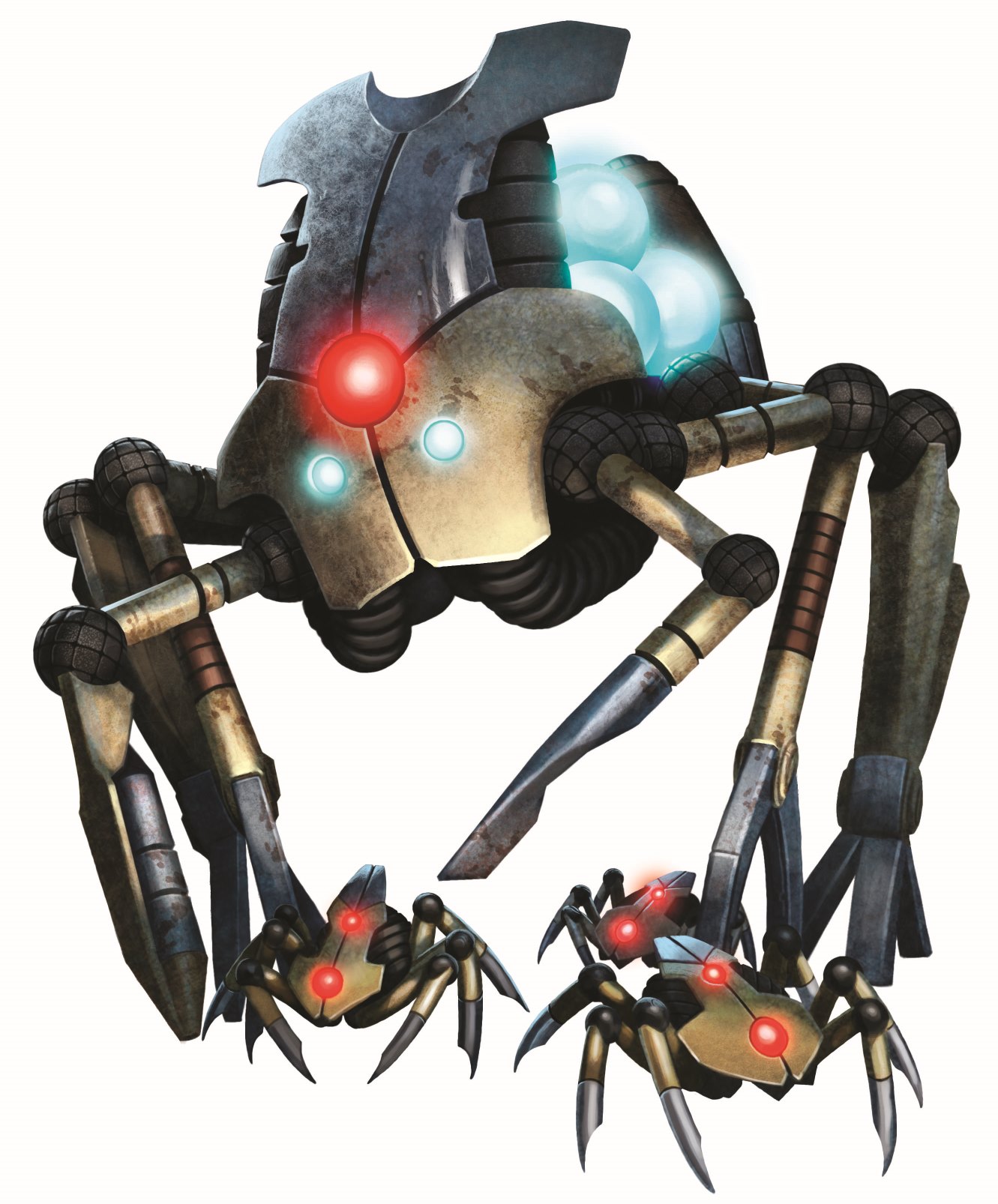 Gatherers comprise of the Mother and ‘her’ Spiders. The Mother is a large insect like machine that gathers both living and dead biomass. She will appear towards the tail end of a conflict but is formidable in her own right with a devastating attack. Her spiders are knee high machines with a nasty temperament that are more of a nuisance to a well-armed Trader than an outright threat. However, they will mindlessly protect the Mother from assaults and may be the difference between life and death.

In this mission, the Traders arrive after the Purge have wiped out a planet in order to salvage what’s left. They know that Purge Gatherers will be in the area assimilating everything that’s left, but that’s what they are here for – the Mother’s core can be used to create a powerful weapon. If the Traders can defeat her that is…

The pre-generated map was tweaked slightly to suit the mission – one of the airlock points was moved to make sure the Traders started out of the Mother’s line of sight, and the Reactor and Auto-doc from the Purge Outbreak expansion were added.

This mission will also make use of the Annihilator as well as the Purge Reinforcements, meaning double the number of Purge can be spawned. Be careful out there!