This weekend (Saturday 25th – Sunday 26th May)  we were at the UK Games Expo 2013 in Birmingham. It was quite a large venue in the swanky Metropole and was packed out, especially on Saturday. 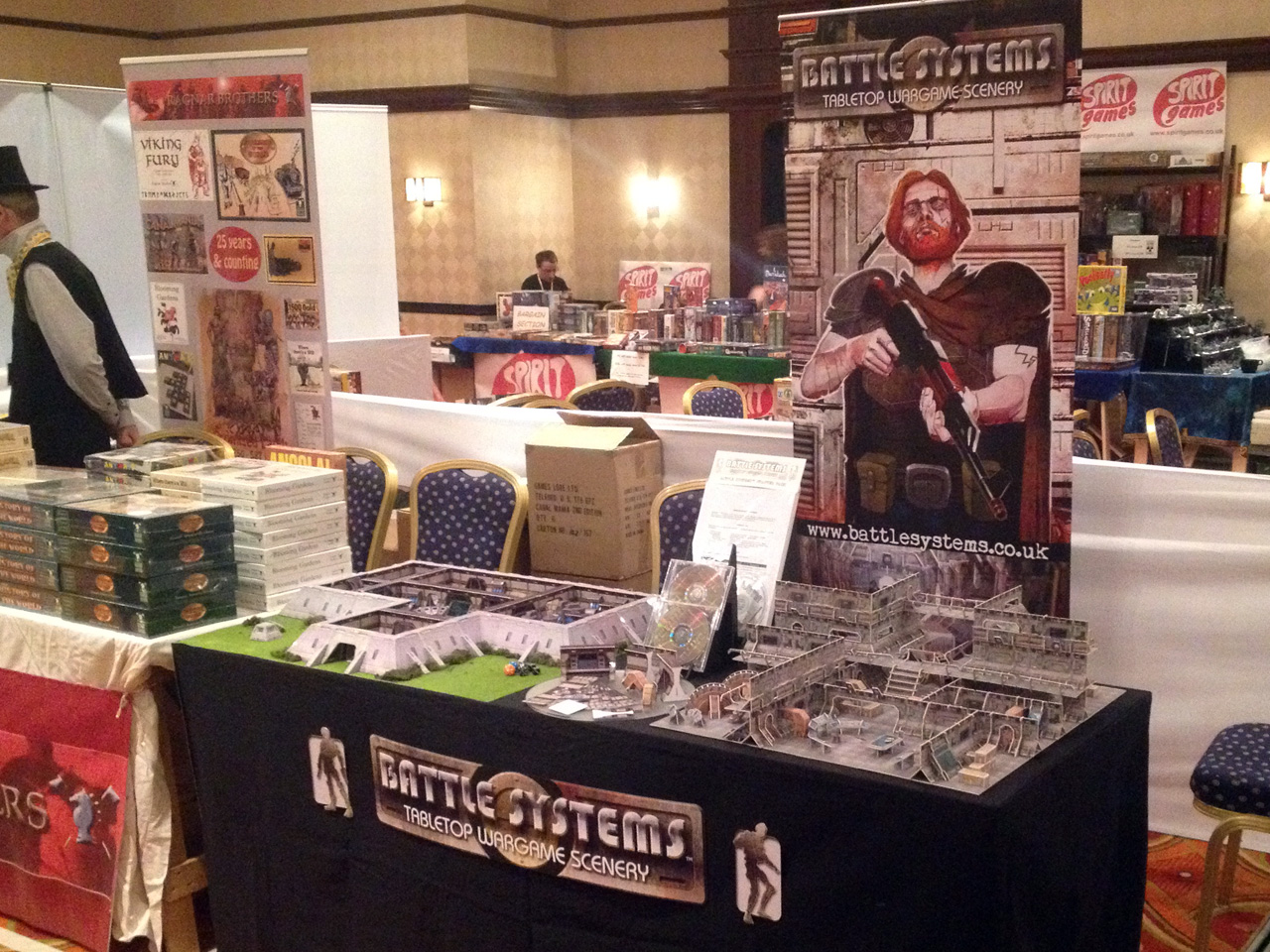 All quiet before the chaos begins.

It was a family crowd with an emphasis on independent board games and card games but still plenty of RPG and even some terrain such as Mantic‘s Deadzone and Warmill‘s rather nifty SF collection. 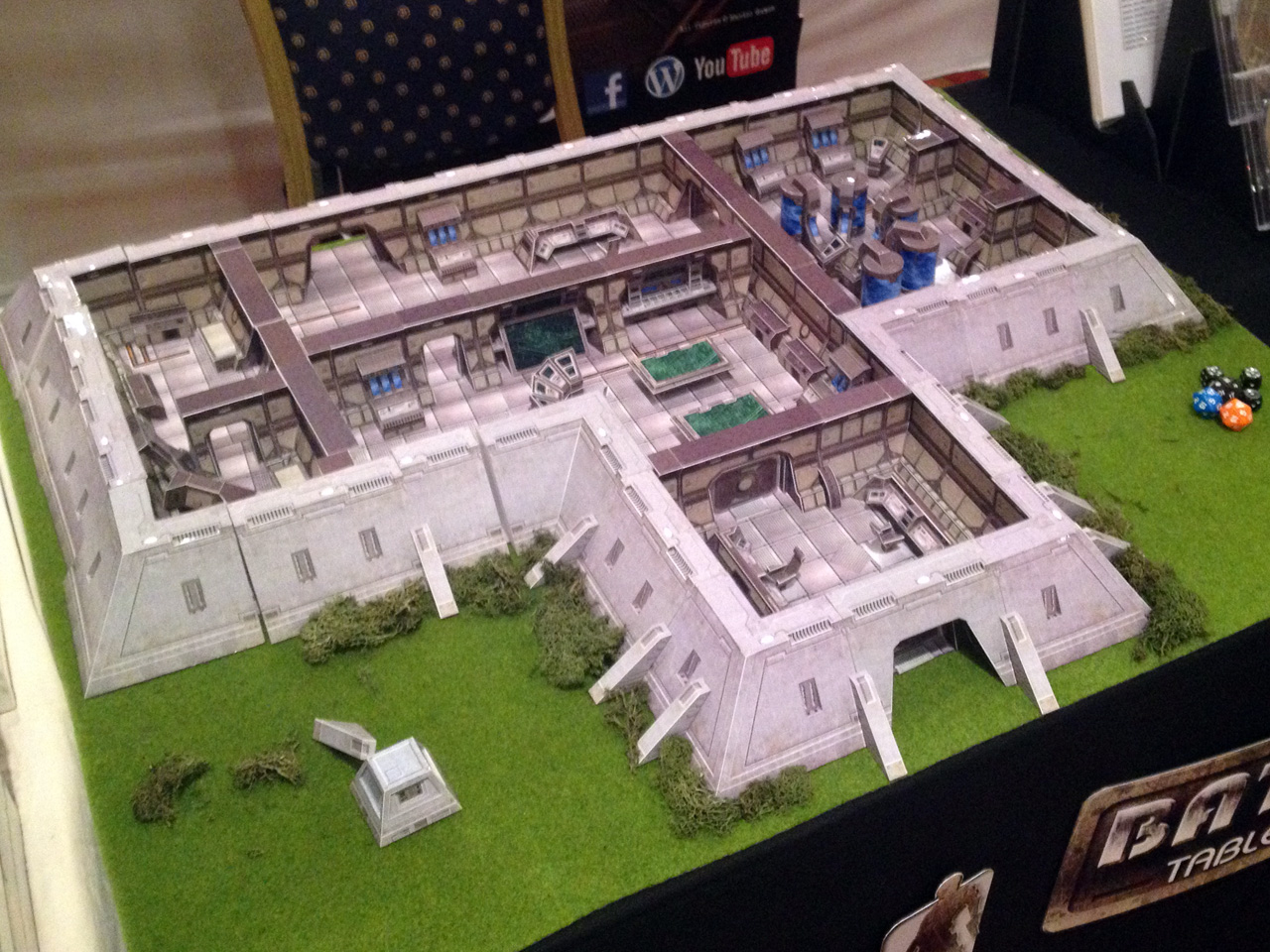 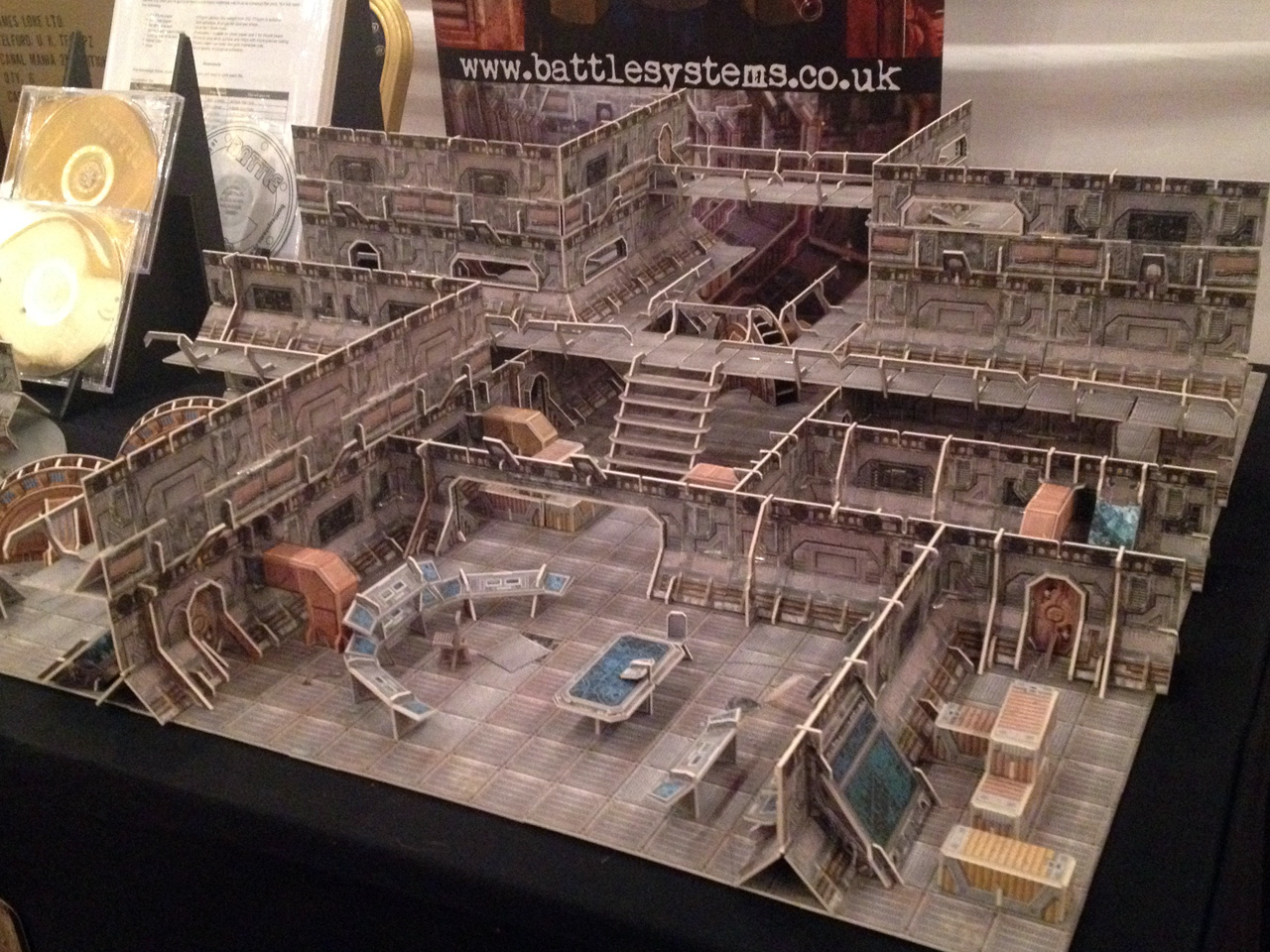 We met a lot of nice people, made some important business type contacts and sold a good number of disks. It’s gratifying to know that our DLC range is still so popular although we were there to primarily whip up interest for our new line (and whip we did, a lot of Infinity players in particular got quite excited).

We sold the entire DLC catalogue on disk for a ludicrous £8 a pop (if you bought a disk but haven’t received a link for the Battle Bunker set please email us at info@battlesytems.co.uk).

Colin also got to show off a hush hush prototype he’s been working on which got a lot of approving noises. We were impressed with the event and will be back next year.