We could go on and on about all the cool things we’ve crammed into the Core Space rules, but for some people out there we know that all you crave is plastic crack :-P. 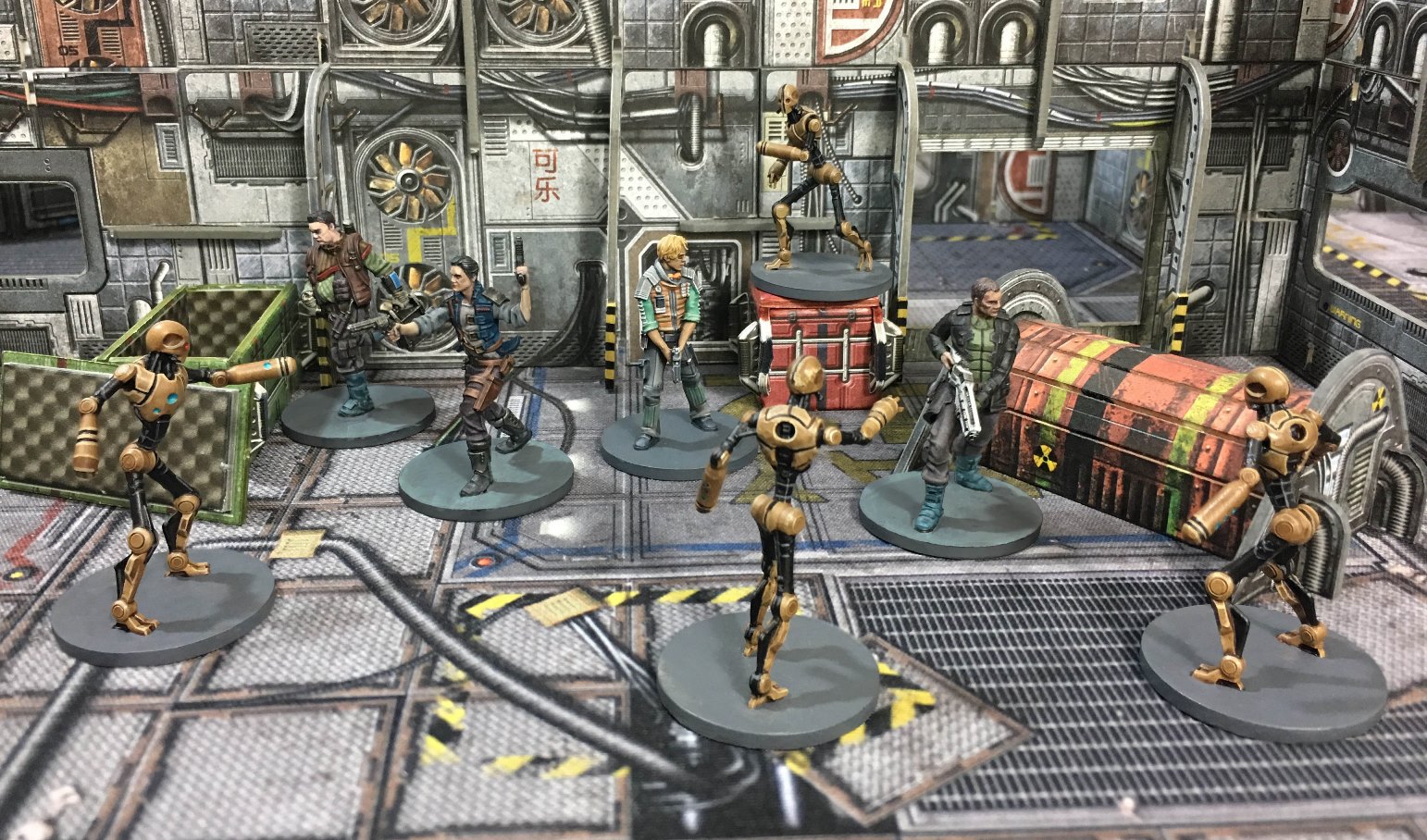 Today we’re going to cover the minis and terrain that you get in the Core Space box. Despite being a tiny company we’ve invested big money into the tooling for this game. We already knew Core Space was going to be unique due to its complete 3D board, but that wasn’t enough for us – we want the game to be known for its minis too!

We spent a long time reviewing samples to make sure we were getting top quality. The miniatures are made from PVC just like pretty much every other miniatures/board game (see Monday’s blog) around right now, but this is a higher grade of PVC than most, ensuring crisper detail and very little bend even with thin parts. 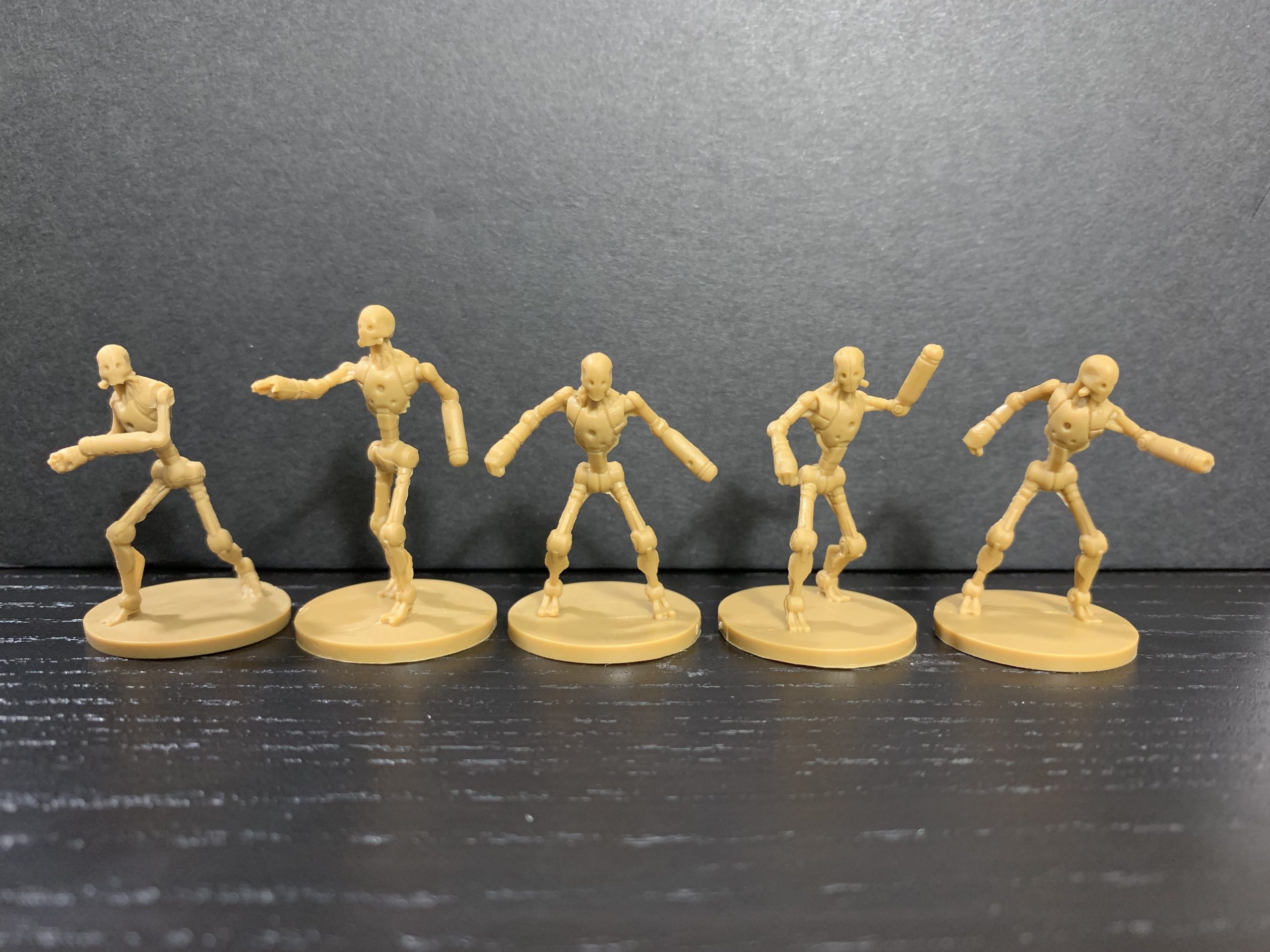 Even the skinny Harvesters are solid miniatures, and the sharp detail really works with their robotic forms. 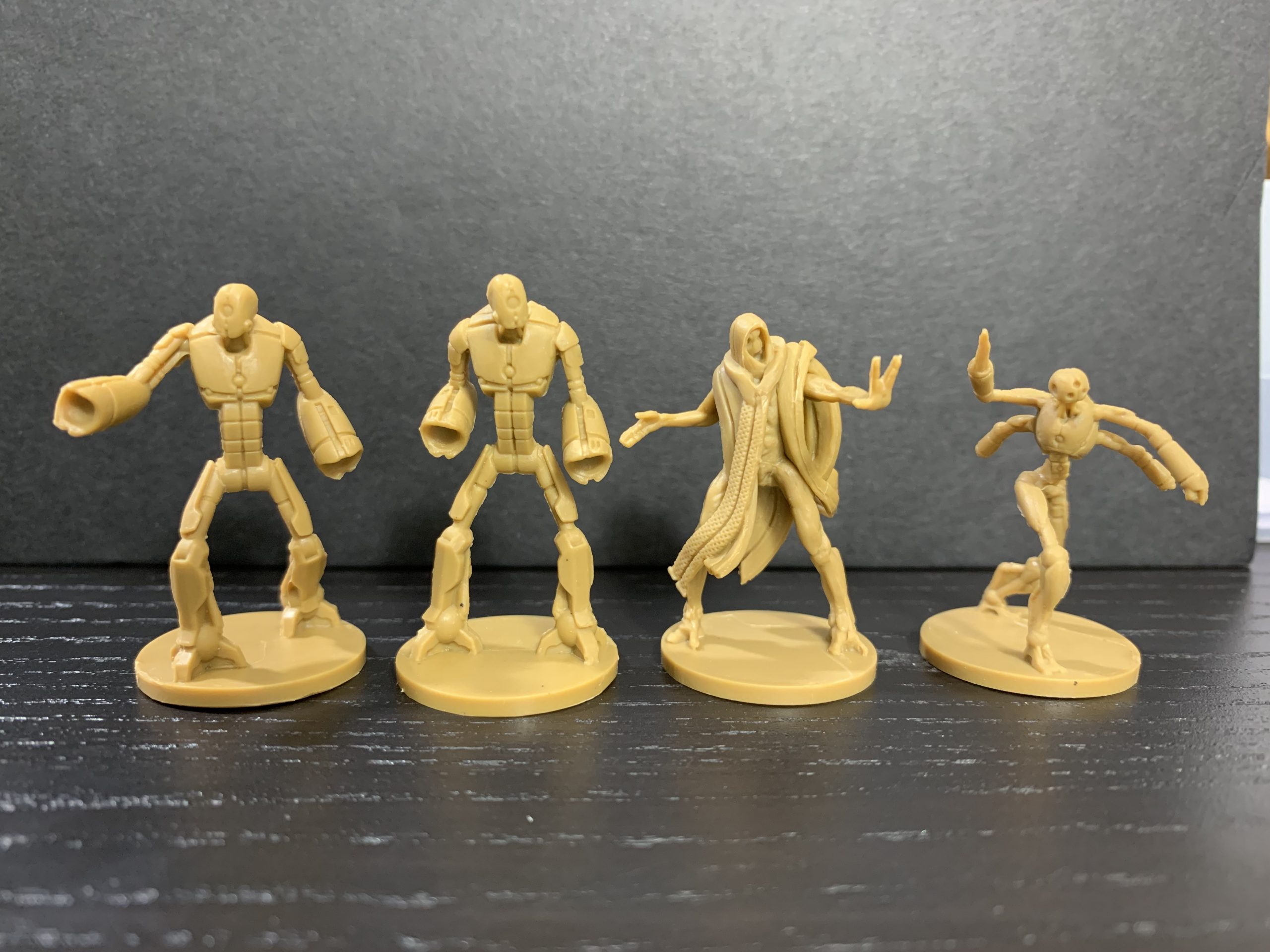 For a bit of variation in your Purge forces, look no further than (l-r) the Devastators, Live One and Assassin. 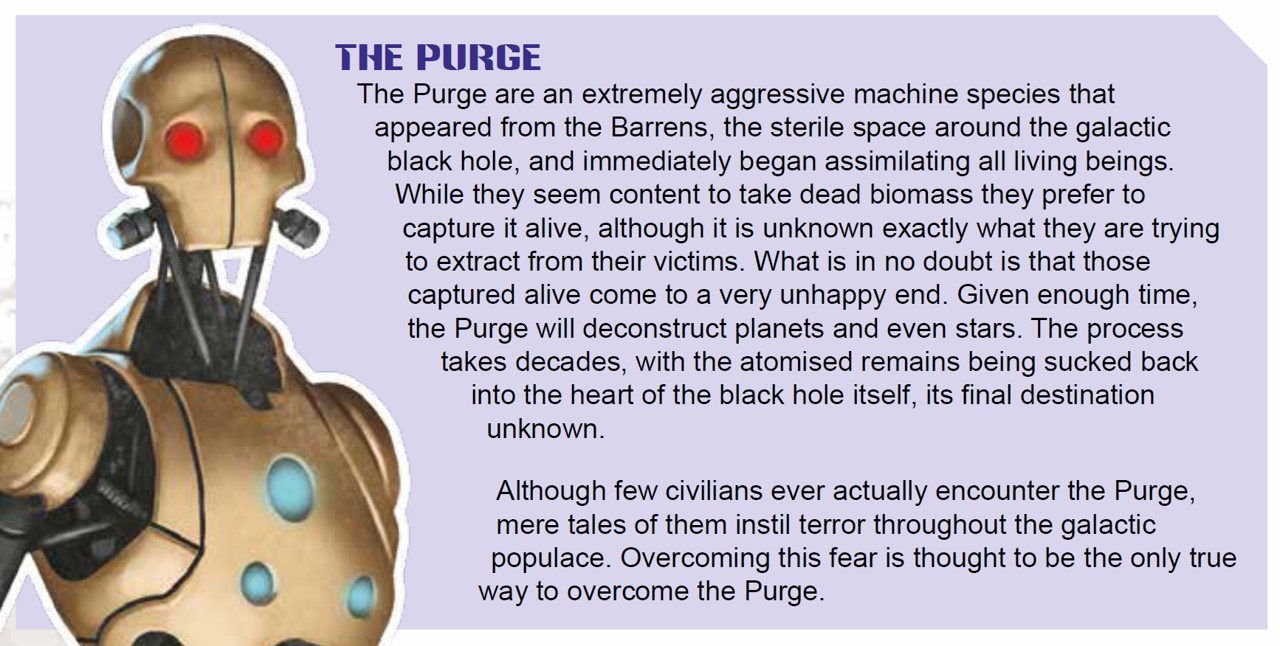 Colin spent many hours slaving over his sketchbook before the Core Space Kickstarter, churning out character after character, and it would have been such a shame not to include them all in the game. One of his primary goals for the finished product was for every sculpt to be unique. Repeat sculpts can break the immersion, and this game is all about the immersion! Well, we totally smashed that goal – all 20 figures in the core game are unique, and there are a further 35 unique sculpts across the forthcoming Crew Boosters and Expansions. 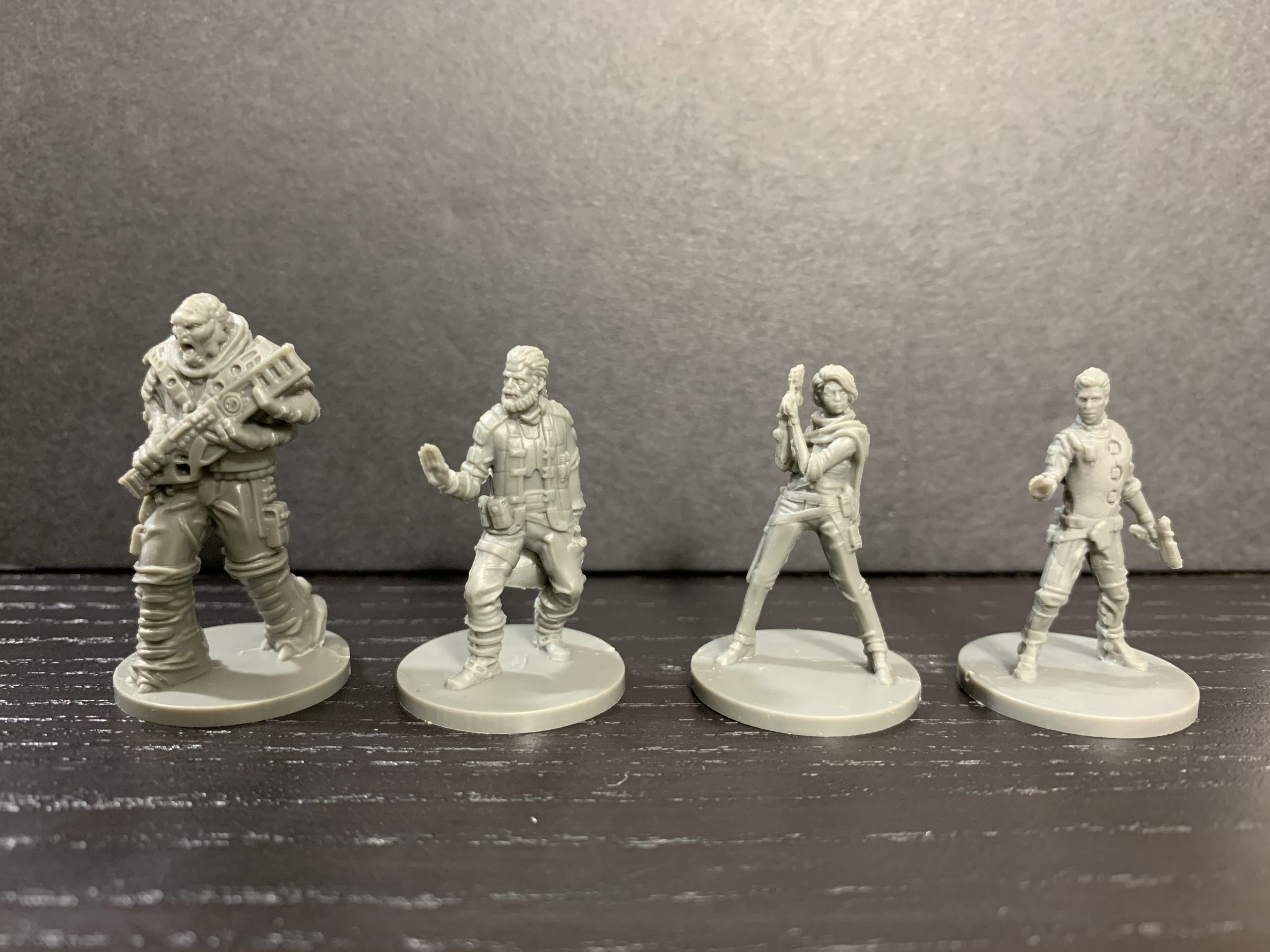 The Crew of the Ion Hope: Gak, Roykirk, Arianna and Tirgarde 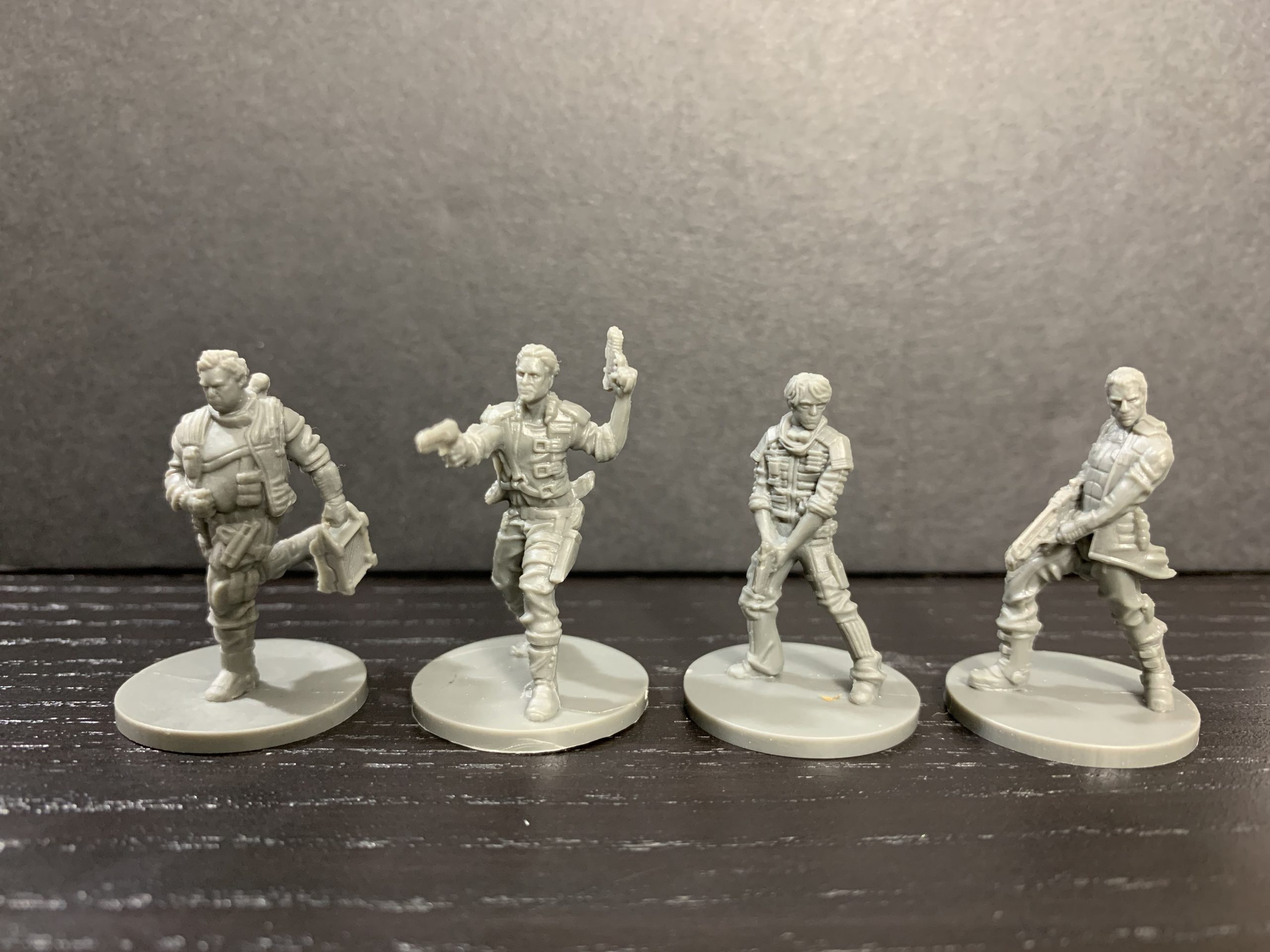 The Crew of the Black Maria: Lars, Jace, Beck and Renton

In fact, tiny Spiders aside the only place you’ll double up is with the Purge Reinforcements Booster, giving you an extra set of the Purge minis from the starter set for even more deadly games. That will be coming this summer along with the Purge Outbreak expansion. We’ve got even more planned in the future too! 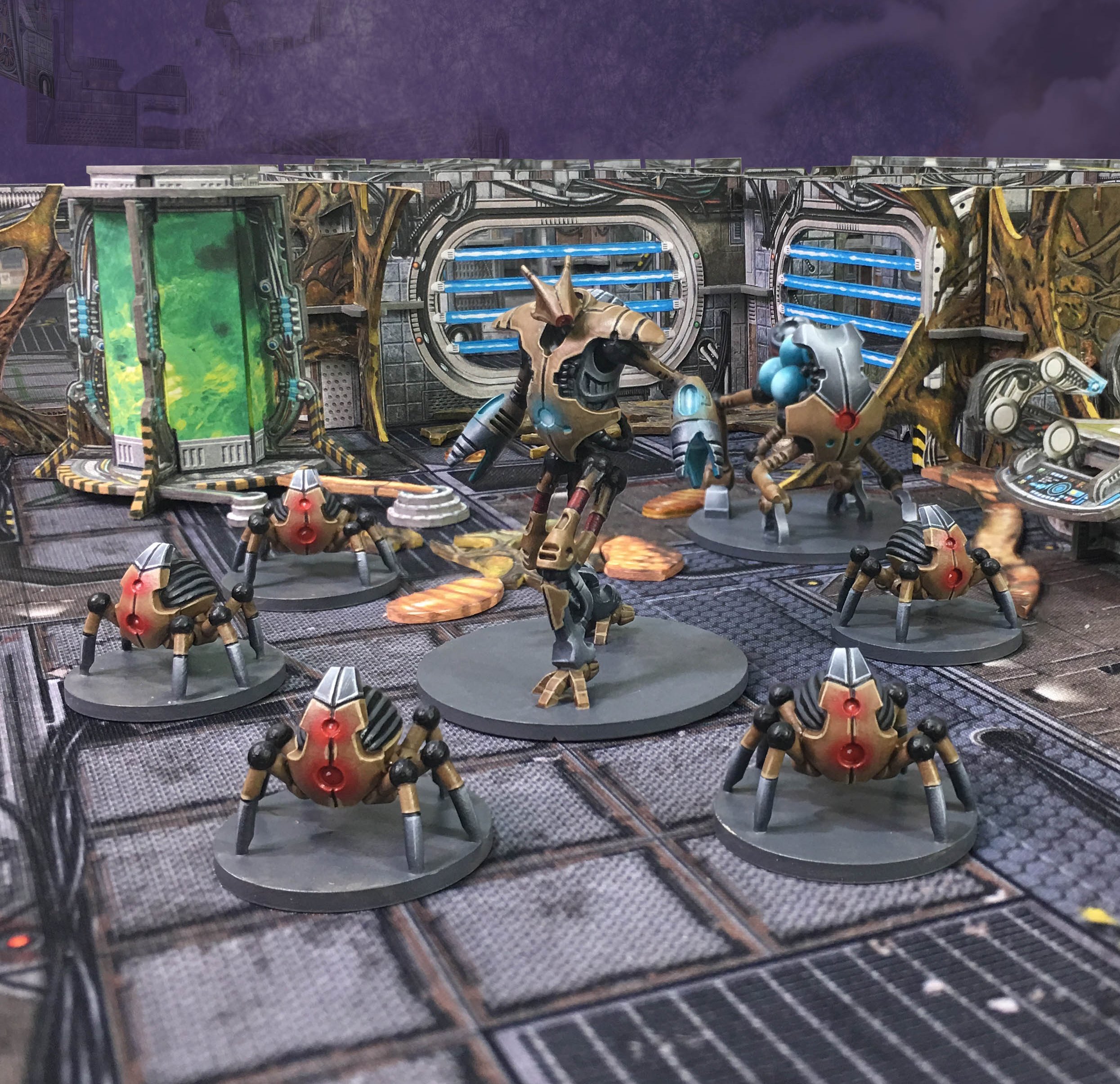 As we said, it’s all about immersion, and we needed to make the Core Space universe deep and engaging. We’ve filled it with a diverse cast of characters, human and alien. Some of these appear in the Trader crews but others act as NPCs, Civilian or otherwise. There are three of these in the starter set: 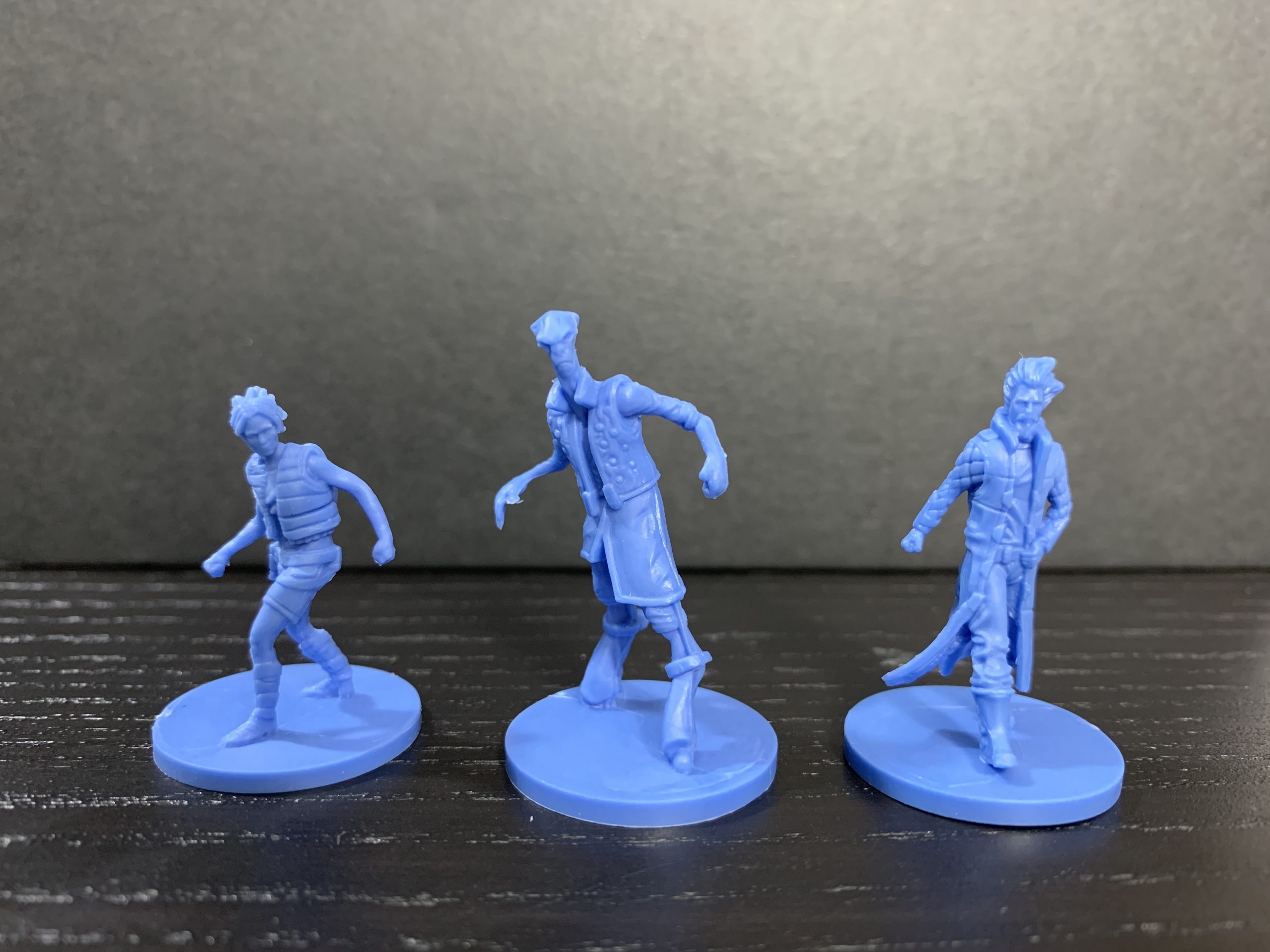 And here are a couple still to come: 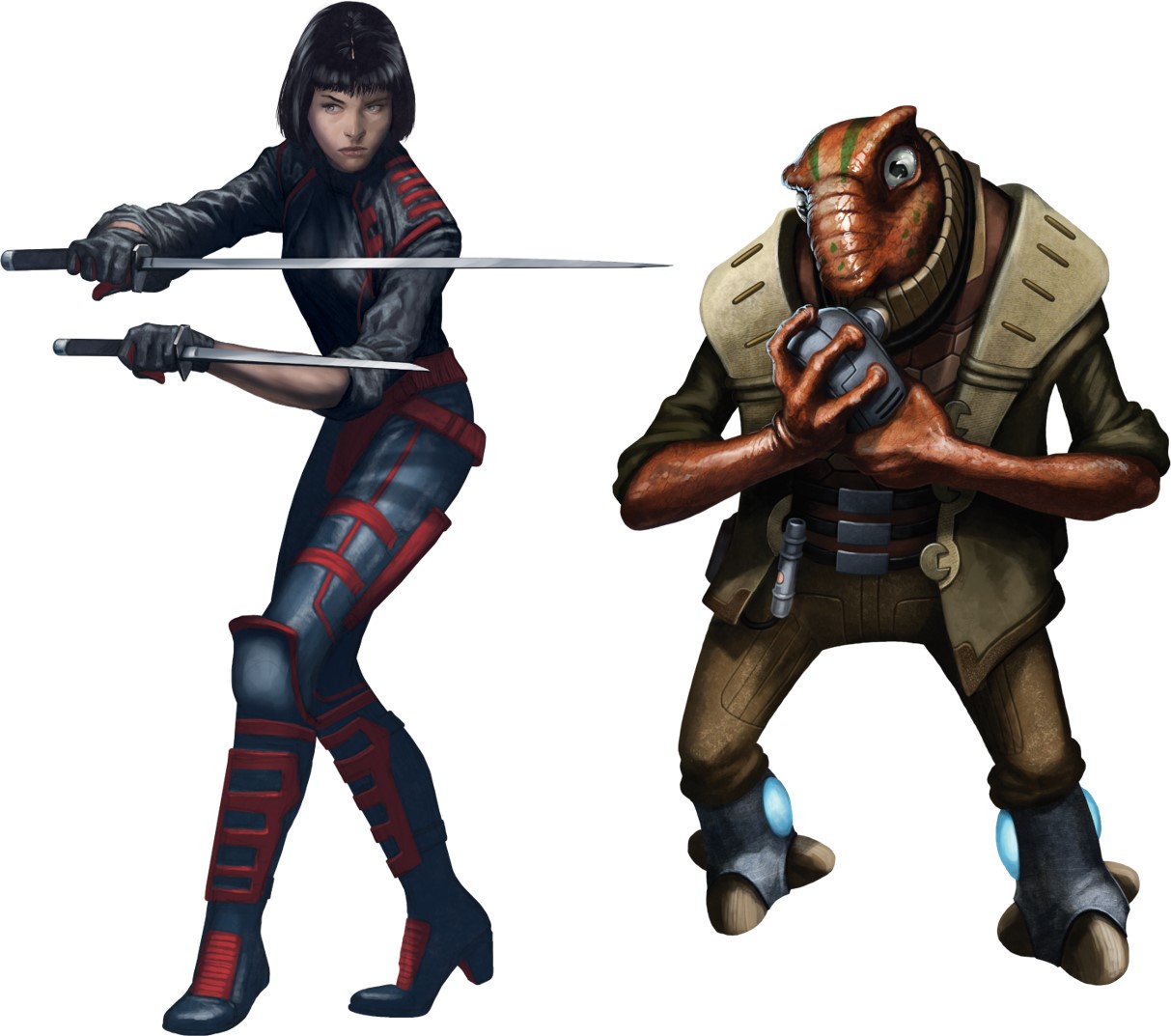 Of course the Core Space setting wouldn’t be complete (and it wouldn’t be a Battle Systems product!) without the 3D board we mentioned above. It’s this that makes the game really stand out on your table, and when you duck down for a model’s eye view of the action you feel like you can step right into the environment. As usual the scatter terrain – struts, crates, computer consoles, shop counters and more – take it that extra level and elevate it beyond a simple network of walls. 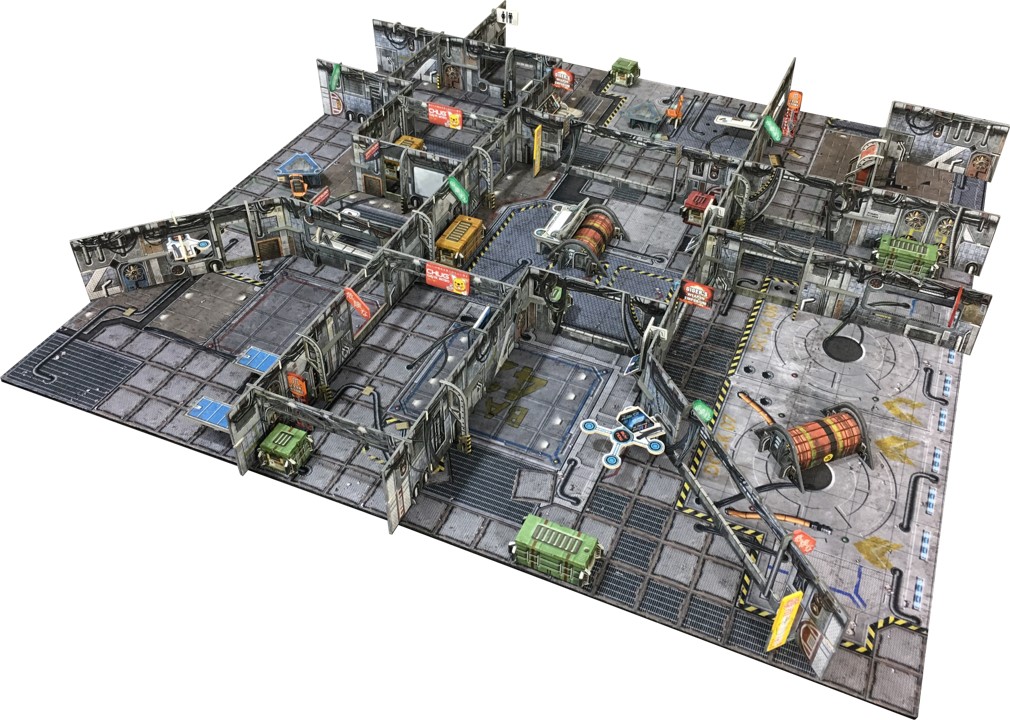 Talking of elevation, Core Space is not just limited to the single-level Cyberpunk set that comes in the game. You can play Core Space equally well on any terrain, such as our Frontier, Galactic or Outlands sets. The 3D/external aspects of these boards bring a whole new challenge and will allow you to use all the advanced rules for jumping, climbing and more, found in the Deluxe Rulebook. 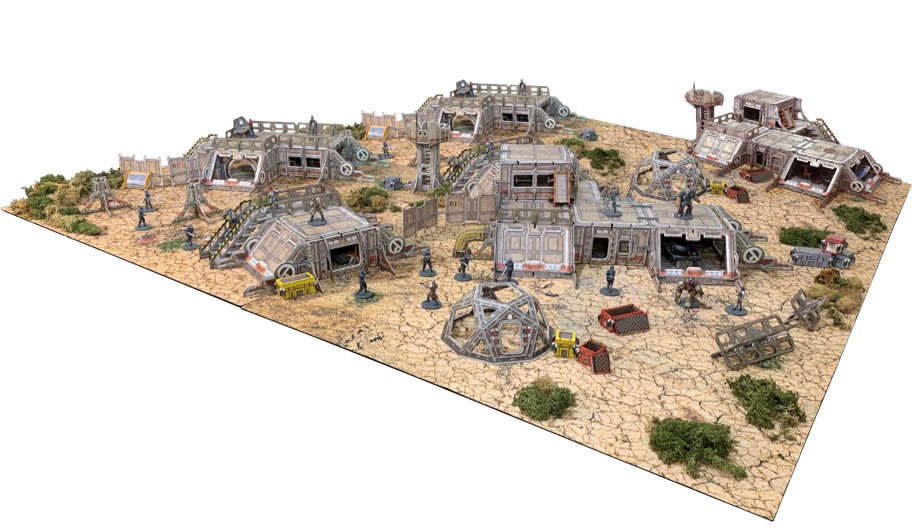 But don’t just take our word for it! For more on the appeal of the Core Space terrain, check out Geek and Sundry’s recent review HERE.

We’d love to show you even more minis, but we’ll have to save them for another post. Check back later in the week for the next in our series of Core Space blogs.